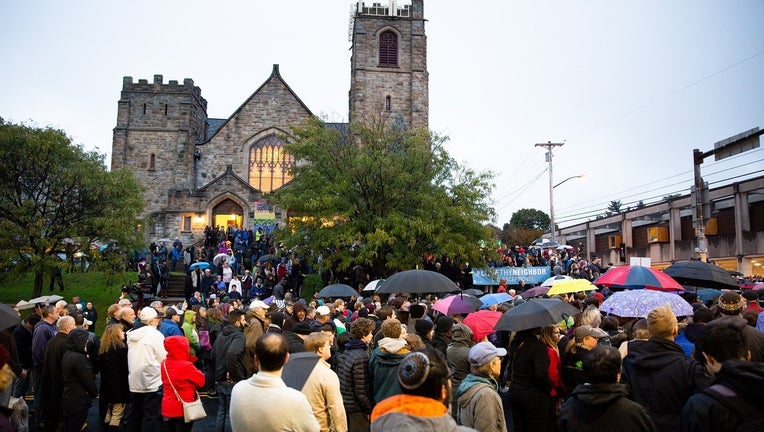 PITTSBURGH - The son of a couple killed in a Pittsburgh synagogue attack that killed 11 worshippers is suing the National Rifle Association, arguing the group’s inflammatory rhetoric led to the violence.

A fourth defendant is the unknown business that sold Bowers the gun.

Bowers is charged with killing 11 congregants at the Tree of Life synagogue in the deadliest attack on Jews in U.S. history. Police said the former truck driver expressed hatred of Jews during and after the October 2018 rampage.

"Bowers was not born fearing and hating Jews," the suit claims. "The gun lobby taught him to do that."

Bowers has pleaded not guilty. No trial date has been set, and prosecutors are seeking the death penalty.

The plaintiff argues gun lobbyists like the NRA radicalized people with "mendacious white supremacist conspiracy theories." The lawsuit also says Colt could have prevented the AR-15 from "bump firing," or using a modification that allows the rifle to fire more rapidly.

An NRA spokesperson declined comment on the lawsuit. The group filed for bankruptcy last week, and the claims against them in Simon’s lawsuit will be stayed as a result of the group’s reorganizing.

Colt did not respond to request for comment. Besides a wrongful death claim, the complaint accuses Colt of product liability and says the gun is more akin to a military-style weapon than a civilian product.