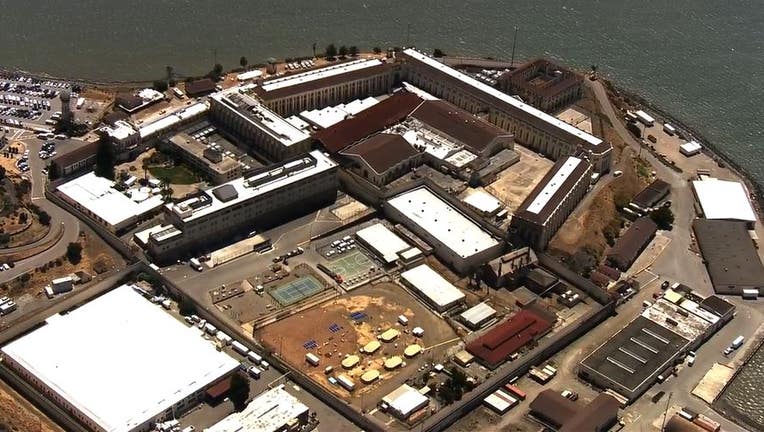 SAN FRANCISCO - Lawyers for 42 men incarcerated at San Quentin are suing for their immediate release as well as a 50%-reduction of the prison population there, citing the "infamous botched transfer" and handling of the COVID-19 outbreak, the San Francisco Public Defender's Office announced on Monday.

As of Monday, San Quentin had about 3,100 people in custody and San Francisco Asst. Public Defender Danica Rodarmel said she wanted that number to drop to at least 1,550. To date, 26 people at San Quentin have died of coronavirus.

“It’s time the California Department of Corrections and Rehabilitation be held accountable for the harm that they have caused - just like the 100,000-plus people in its custody have been," Rodarmel said. "It is unacceptable to allow the state to avoid responsibility for their actions, when they have led to more collective harm, human suffering and devastation than any single incarcerated person in the state of California has caused."

Dana Simas, a spokeswoman for CDCR, said that it's important to note that the number of positive patients at San Quentin is now is 76, with more than 2,000 identified as resolved or recovered, so "there has been significant progress due to aggressive response efforts."

She said San Quentin is now offering testing every seven days to the incarcerated population who have previously tested negative or who have refused a test in the past, and that the prison hands out N95 masks.

Simas did not address the specific call in the lawsuit to reduce the prison population by half or address the earlier call by Willis that coronavirus could easily spread at San Quentin.

No matter what the prison staff has done to prevent or curb coronavirus, Juan Moreno Haines, who is a plaintiff in the lawsuit and an incarcerated person at San Quention, wrote: “Since I’ve had COVID-19, I’ve lived with three different people, unsure of whether or not that person had the virus or not. The problem that we have at San Quentin is that it’s overcrowded [and] it’s the perfect environment for the virus. It’s the perfect environment for people to die in. To solve this problem, I only suggest to follow the science.”

Hadar Aviram, professor at the University of California Hastings College of the Law, along with 17 other criminal justice and corrections scholars and the ACLU of Northern California, have weighed in as “amici curiae” or “friends of the court.”

They argue that state and prison officials had ample warning a health crisis of this magnitude could occur at San Quentin, from decades of federal court criticism about the prison healthcare system generally and from specific warnings about COVID-19 from public health experts.

They are urging the court to act and warn of a considerable possibility of a recurrence of the outbreak at San Quentin, as has already happened in other prisons.

The petitions come after CDCR in late May transferred 121 people from the California Institution for Men in Chino - then the state prison with the highest COVID-19 rate in California - to San Quentin.

There were no confirmed cases of COVID-19 at San Quentin before the transfer.

As a result of the transfer, more than 2,000 people living and working at San Quentin have tested positive for COVID-19 and 26 have died- making it the worst outbreak in the country.

The crisis has led to severe staffing shortages, indefinite lockdown, and a state of extreme fear for those trapped inside and their families, the lawyers allege.

The cases were filed individually as “habeas corpus” petitions - an emergency motion asking the courts to determine whether a person’s incarceration is lawful.

The petitions allege violation of the U.S. Constitution’s 8th Amendment prohibition against “cruel and unusual punishment” and request immediate release to escape the deadly conditions caused by CDCR.

Lisa Fernandez is a reporter for KTVU. Email Lisa at lisa.fernandez@foxtv.com or call her at (510) 874-0139. Or follow her on Twitter @ljfernandez.