A recent study warns of the possible dangers of letting babies fall asleep in their car seats when they're not traveling.

For a parent, it's not uncommon to find your baby fast asleep in their car seat when you arrive home. As a way to prevent a little one from waking, some parents will take out the entire car seat and let the baby continue snoozing in it once inside their home.

A study published in the latest issue of Pediatrics, however, warns about the potential dangers of this seemingly innocent practice.

The study examined more than 11,000 infant sleep-related deaths over the past 10 years in the United States and found that 3 percent died in “sitting devices,” such as car seats, strollers, bouncers, swings and other infant seats. Of those deaths, nearly 63 percent happened in car seats involving infants of a median age of 2 months.

Most surprisingly, the study noted that less than 10 percent of deaths in car seats actually happened in cars. Instead, most happened at the child's home or the home of a relative, friend or babysitter.

The study's author warned about the danger of using a car seat as a replacement for a crib or bassinet.

“While car seats are always the best place for babies when they are being transported in a vehicle, that doesn’t mean they are the safest place when they’re sleeping outside of the car,” said study author Dr. Jeffrey Colvin, an associate professor of pediatrics at Children's Mercy Hospital in Kansas City, Missouri. 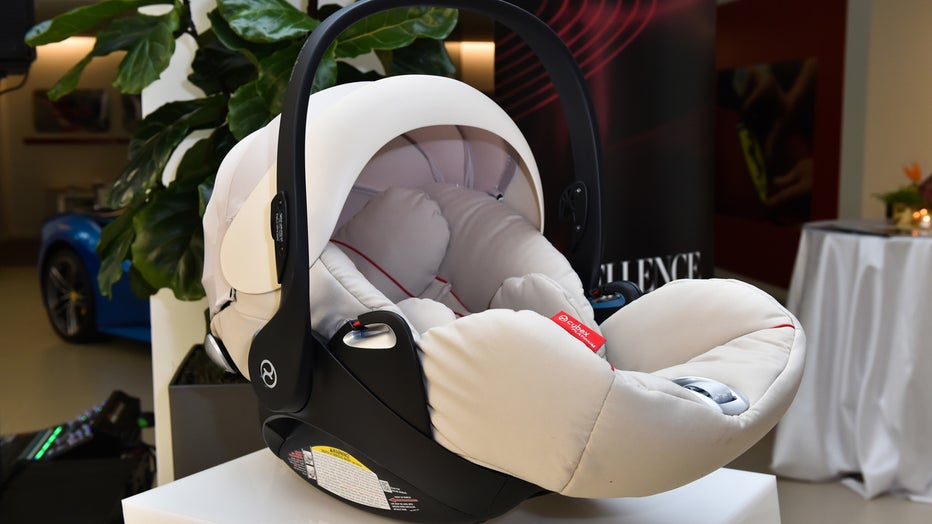 A study looked at more than 11,000 infant sleep-related deaths and found that 3 percent died in “sitting devices,” like a car seat or bouncer. Of those deaths, 63 percent happened in car seats. (Photo by Romain Maurice/Getty Images for Haute Living) (Getty Images)

When traveling, Colvin advised that parents should bring along a portable crib or bassinet for sleeping.

About 3,700 infants every year suffer sleep-related deaths, which include sudden infant death syndrome (SIDS), accidental suffocation and strangulation in bed, and other ill-defined deaths, the American Academy of Pediatrics notes.

When devices aren't used as directed, infants can fall from an elevated surface on which the device was placed or flip onto a soft surface and suffocate.

Last month, Fisher-Price recalled all models of its Rock 'n Play sleepers after more than 30 babies were reported to have died over a decade. Kids II similarly recalled nearly 700,000 rocking sleepers linked to at least five infant deaths since 2012.

Some of the infants who died in the Rock ‘n Play Sleepers rolled over while unrestrained, while others were unable to breathe because of their position, the AAP stated.

The AAP reccommends that babies be placed for sleep in a supine position, or lying on their backs, until the child turns 1 year old. Loose bedding and soft objects should also be kept out of the baby's sleeping area.

Infants also can be injured or killed with improper buckling of car seat straps. One hospital estimated that nine out of 10 car seats were either installed or being used improperly by parents of newborns.

The recent study serves as a reminder for parents and caregivers about safe sleeping environments for babies.

“It’s not only that doctors — pediatricians — need to educate their families, the parents of their patients. They also need to have parents educate anyone who is taking care of their infant, whether it’s a grandparent, babysitter or child care provider, that car seats are not substitutes for cribs and bassinets,” Colvin added. “The same is true for bouncers, swings and strollers.”