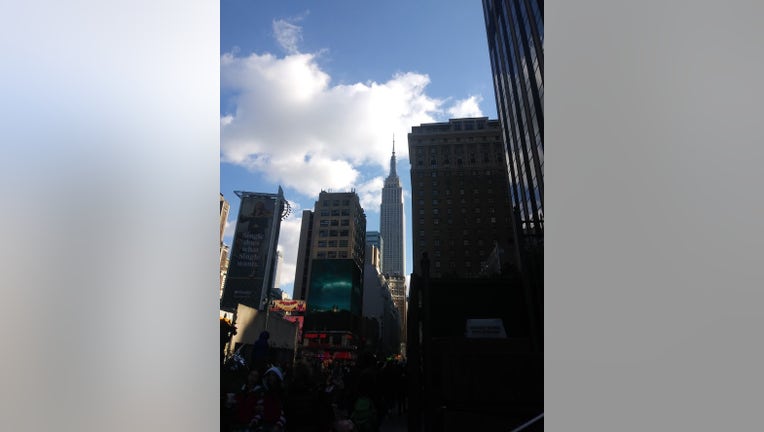 NEW YORK (FOX 5 NY) - An underground transformer fire caused a large power outage that turned off the lights in parts of the Upper West Side and Midtown Manhattan Saturday evening.

The Con Ed outage map showed more than 73,000 customers out of service at the height of the outage.  It said that it hoped to have most of the power restored by midnight. 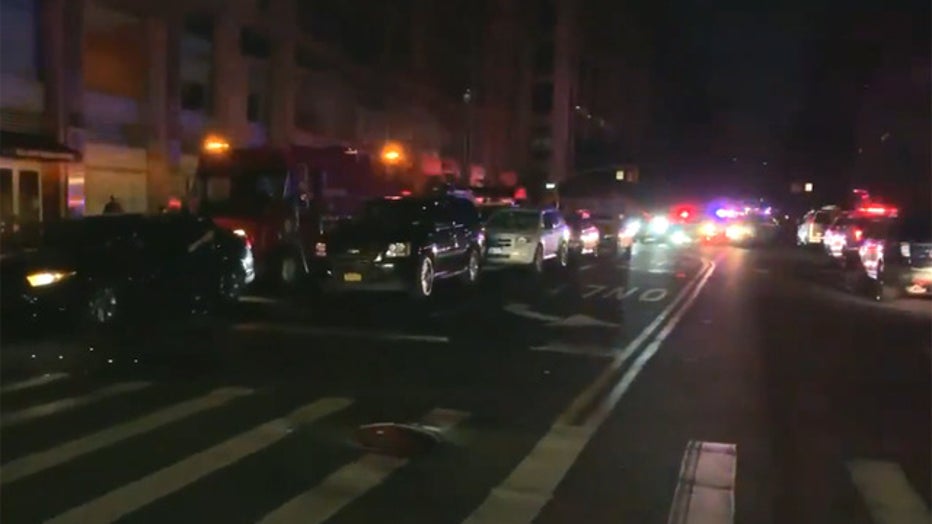 There were reports of people trapped in elevators in some highrise buildings.  The sounds of fire trucks and police cars filled the streets as the sun was going down.

Power went out around 6:45 p.m. Saturday evening at much of Rockefeller Center and reached the Upper West Side.  Police had streets blocked off in Midtown.  The outage area affected 5th Ave. to the Hudson River and around 40th St. to 72nd St.  Much of Times Square was affected.

Governor Cuomo was calling up the National Guard and sending state troopers to Manhattan to help with traffic control and to help with any law enforcement needs.  Mayor de Blasio was in Iowa campaigning for president during the crisis and was not at a news conference city leaders held late Saturday night to update the situation.

People poured out of stores, restaurants, and theaters that were plunged into darkness.  Some Broadway performances, including "Hamilton", were canceled for the night.  A Jennifer Lopez concert at Madison Square Garden was also being evacuated and canceled.

Con Ed tweeted that they were responding to the outages.

The NYPD tweeted that they and the FDNY were continuing to respond to calls in the area.

The FDNY was relocating crews to Manhattan from other boroughs to help answer the high volume of calls.

The New York City Subway tweeted that there was only limited subway service into Manhattan from Brooklyn, Queens and the Bronx.

Saturday was very warm and humid in the city.  At 8 p.m. it was still 84 degrees in the city with the real-teel temperature near 90 degrees.

The outage comes 42 years to the day from the infamous 1977 blackout in the city.

Con Ed sent this information out for people affected: