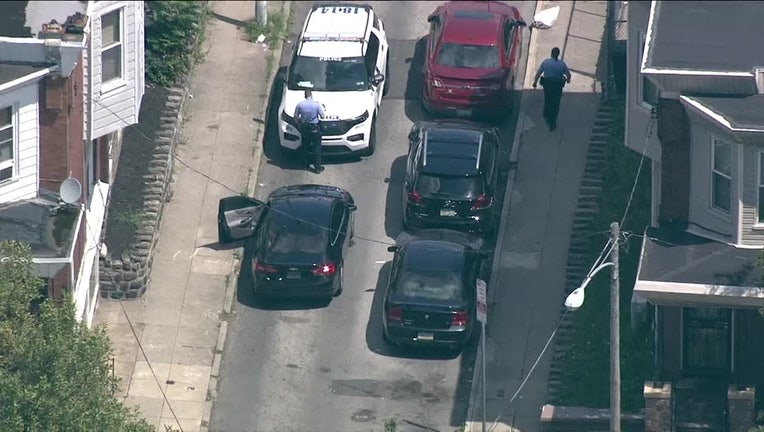 Skyfox over South Alden Street as police investigate a shooting.

WEST PHILADELPHIA - A 20-year-old man is dead after he was shot multiple times in West Philadelphia Wednesday morning.

Police responded to the 200 block of South Alden Street Wednesday, just before 11:30 a.m., on the report of shots fired, officials said.

A 20-year-old man was found suffering with gunshot wounds to the head, chest and lower back, when police arrived to the scene.

The victim was transported to Penn Presbyterian Medical Center and placed in extremely critical condition. He succumbed to his injuries a short time later.

Police say the investigation is ongoing. They did make an arrest and a weapon was recovered.