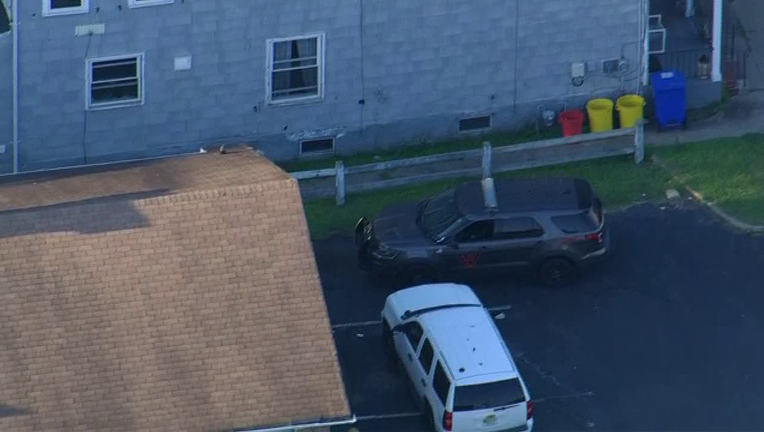 Skyfox over the scene of a Mount Holly convenience store where a man between 25-35-years-old was found dead. Authorities are not ruling out foul play in the man's death and ask for the public's help identifying him.

MOUNT HOLLY, N.J. - A 31-year-old Ocean County man was found dead behind a convenience store in Mount Holly and the circumstances surrounding his death are being investigated.

Officials in Burlington County said a juvenile found 31-year-old Sean Reynolds, a resident of Brick Township in Ocean County, behind Millerie’s Market and Deli on the corner of Rancocas Road and King Street in Mount Holly, around 12:30 in the afternoon, Tuesday.

Authorities said foul play is not being ruled out. The Burlington County Medical Examiner will perform an autopsy to find the cause of death. Authorities said the investigation is ongoing.

Officials ask anyone with information regarding Reynolds' death are asked to contact Burlington County Central Communications at 609-265-7113 or they can send an email to tip@co.burlington.nj.us.