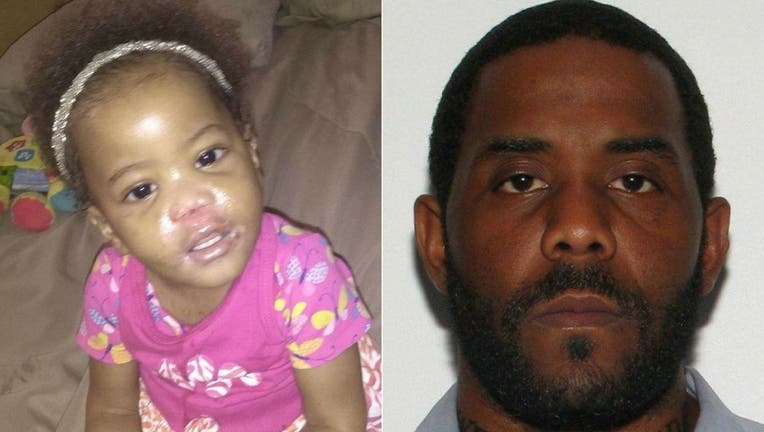 Travis Lamont Plummer was arrested after his 2-year-old daughter's body was found in a suitcase in New Jersey.

JERSEY CITY, N.J. - A Virginia man whose toddler daughter's body was found in a suitcase next to New Jersey railroad tracks has been sentenced to 20 years in prison.

Authorities have said Plummer took 23-month-old Te'Myah Layauna Plummer from her mother in Virginia in fall 2017 and traveled to New Jersey with the decomposing body wrapped inside a suitcase.

RELATED: Prosecutor: Man had baby's body for months before dumping in NJ | Baby found in suitcase next to NJ train tracks

Investigators said they believe Plummer left the suitcase in a friend's Jersey City garage for months, but after a March 2018 police visit dumped it off a bridge, where it was found near the tracks in April 2018.

The child died of unspecified violence and cocaine intoxication. Plummer hasn't been charged with killing the girl.