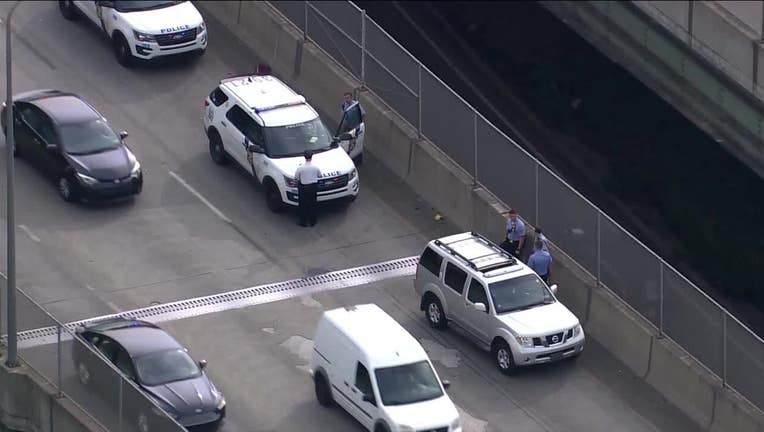 EAST FALLS - Philadelphia police say a man is in the hospital after he was shot on Roosevelt Boulevard Monday morning.

The incident occurred at 8:30 a.m. on the Boulevard near Ridge Avenue.

Police say a 32-year-old man was shot once in the left side of the chest.

The victim was taken to Temple University Hospital in a private vehicle and listed in critical but stable condition.

SKYFOX was over the scene where several police vehicles could be seen with a parked Nissan SUV on the left side of the highway.

Police are holding the scene, as well as the vehicle that transported the victim.

No weapons have been recovered and no arrest was made.