A 57-year-old man was hurt when a boat ignited Saturday in Wildwood, authorities said.

WILDWOOD, N.J. - A man was seriously hurt when a fire ignited on a docked boat that broke free from its moorings and floated down the harbor Saturday morning in Wildwood, authorities said.

Firefighters from the Wildwood Fire Department responded to Otten’s Harbor on the 400 block of Dock Street around 10:30 a.m. where a 40' vessel was engulfed in flames. A burn victim was treated by paramedics and later airlifted in serious condition to Jefferson University Hospital Burn Center, officials said. 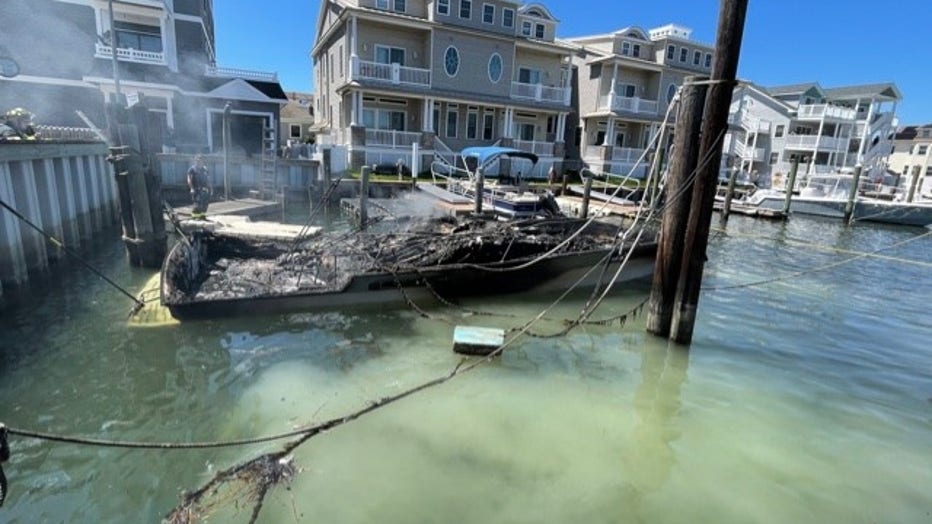 A man was seriously injured Saturday morning when a large fire engulfed a boat in Wildwood, officials said.

While battling the flames, firefighters said the boat broke free from its tether and floated east down the harbor causing damage to two other docked vessels. The boat ended up on the east end of Otten’s Harbor adjacent to Park Boulevard.

Officials said the fire took 30 minutes to extinguish with help from neighboring departments. One firefighter from the Wildwood department sustained minor injuries, a press release said.