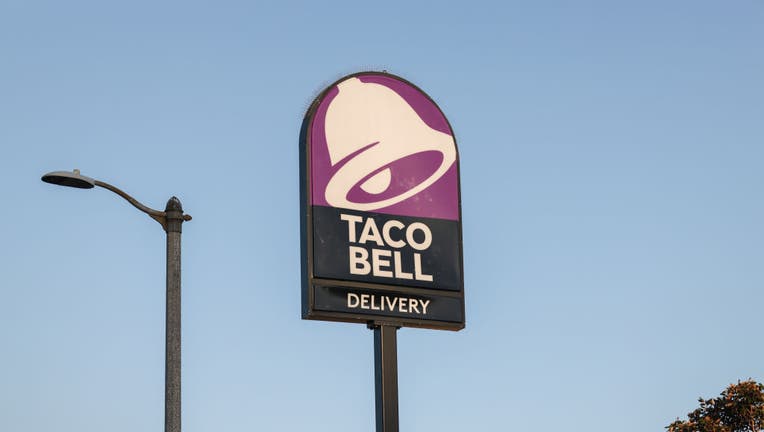 The exterior of a Taco Bell store photographed on April 19, 2022 in West Hollywood, California.

About one year into the coronavirus pandemic, Chris Sandberg decided it was time to get serious about losing weight – by turning his health journey into a TikTok challenge.

In January 2021, Sandberg, 37, began exercising every day until Taco Bell brings back his favorite menu item, the Grilled Stuft Nacho.

He’s continued the challenge for more than 480 days –  shedding approximately 87 pounds in the process.

"Because it’s TikTok, you can’t just lose the weight, you have to turn it into a challenge," Sandberg, who lives in the San Francisco Bay Area, told Fox News Digital. "I didn’t want the journey to be about a number on a scale."

"I wanted it to be fun and maybe the goal was something that I wanted," Sandberg added. "And for some reason, the first thing that popped into my head was the Grilled Stuft Nacho, and I just ran with it."

On Jan. 4, 2021, Sandberg posted his first video for the challenge. At the time, he weighed about 275 pounds, he told Fox News Digital.

"Day one of exercising every day until Taco Bell brings back the Grilled Stuft Nacho," Sandberg says in the clip, while out of breath.

Sandberg captioned the video: "Do the right thing #tacobell."

Taco Bell first introduced the Grilled Stuft Nacho in 2013, according to the Taco Bell Wiki.

The menu item – which is described on the website as "a flour tortilla, shaped like a nacho, stuffed with beef, cheesy jalapeno sauce, sour cream and crunchy red strips" – was discontinued by 2015.

Sandberg said he tried the Grilled Stuft Nacho for the first time right before it was removed from menus.

"It was the best thing I ever had at Taco Bell," he said. "And then I had it every day for a week."

When Sandberg went back to his local Taco Bell the following week, he said the Grilled Stuft Nacho was no longer available.

What makes the Grilled Stuft Nacho so special to Sandberg is the cheesy jalapeno sauce, which Taco Bell doesn’t use for any other menu item.

"I want to make this clear: the cheesy jalapeno sauce is different than their creamy jalapeno sauce," Sandberg said of another sauce on Taco Bell’s menu.

Although it’s been about seven years since he first had the Grilled Stuft Nacho, Sandberg said he still thinks about it.

Sandberg told Fox News Digital that over the years, he’s lost – and gained back – hundreds of pounds at different times with different methods.

Sandberg said another motivation for him to try and lost weight again was the fact that people who are overweight are more vulnerable to COVID-19. Adults with excess weight are at risk for serious chronic diseases and "increases the risk of severe illness from COVID-19," the CDC states on its website.

Also during the pandemic, Sandberg turned to TikTok and started making videos.

"It just kind of occurred to me that if I spent as much time focusing on my health as I did on TikTok, then maybe I could lose the weight that I’ve always talked about losing," Sandberg said.

Making the Grilled Stuft Nacho a part of Sandberg’s goal served two important purposes: bringing humor to the process and giving Sandberg something else to focus on other than his weight.

"The dichotomy of exercising and fast food is obviously very funny," Sandberg said.

"The Grilled Stuft Nacho has been amazing because it’s something that’s kept this journey fun for me," he added. "People who struggle with weight, it’s a serious thing and it can be very hard for people to go through. I know it was for me. Allowing the process to be fun was so helpful."

By making weight loss fun, Sandberg was able to "maintain consistency" and not burn out.

"If something is fun and goofy, you take yourself less seriously," he said. "You’re able to laugh at yourself a little more."

"And if you’re able to take yourself less seriously, you’re in your head less," he continued. "That real estate in your mind is now open to really push yourself physically."

No matter how much fun he's been having, Sandberg said he's made sure his goal was authentic.

As his TikTok challenge suggests, Sandberg has exercised every day since Jan. 4, 2021, though he told Fox News Digital that includes a weekly recovery day on Sunday, where he stretches and works out his core.

Over the course of his challenge, Sandberg has shed about 87 pounds, going from 275 pounds to roughly 188 pounds today.

When he started his exercise challenge, Sandberg said he did Beachbody on Demand for several months. He has since moved on to weightlifting and some cardio.

Sandberg said focusing on the specific nutrients in his food – not just the calories – is what helps him achieve his goals.

"For me, I realized that it’s not about losing weight, but it’s about building a stronger body," he said.

Sandberg said he's learned healthier eating habits, but hasn’t cut anything out of his diet.

Sandberg said he regularly enjoys a "treat" meal – not a cheat meal.

Sandberg said he's considered stopping his challenge only twice over 400-plus days. He had sustained injuries to his knee and shoulder, which meant he had to do lighter workouts and cardio, rather than weightlifting.

The other time he considered quitting was after the one-year mark, when his local Taco Bell specially made Sandberg and his fiancé Melissa Grilled Stuft Nachos. Taco Bell also gave Sandberg a jar of the cheesy jalapeno sauce that he loves so much.

"I was like, is this the natural ending?" Sandberg said. "When I looked through the videos, I said ‘exercising every day until Taco Bell brings back the Grilled Stuft Nacho,’" Sandberg said. "Not just makes me one."

Sandberg said that when Taco Bell made him his own Grilled Stuft Nacho, he asked if the company would bring back the item to its menu.

Taco Bell did not respond to Fox News Digital’s request for comment.

Sandberg has received encouraging messages from many of his 448,600 TikTok followers.

His fiance Melissa – who he’s been with for four years – has been a "bedrock" for him, Sandberg said.

"She loved me when I was at my heaviest," Sandberg said. "And it was important to find someone that I could be in love with at a point in my life where it was difficult to love myself."

Melissa's support eased the pressure when it came to Sandberg's weight loss journey, he said.

"I know she’s going to love me regardless of what size I am," Sandberg said. "She just wants me to be healthy and happy."