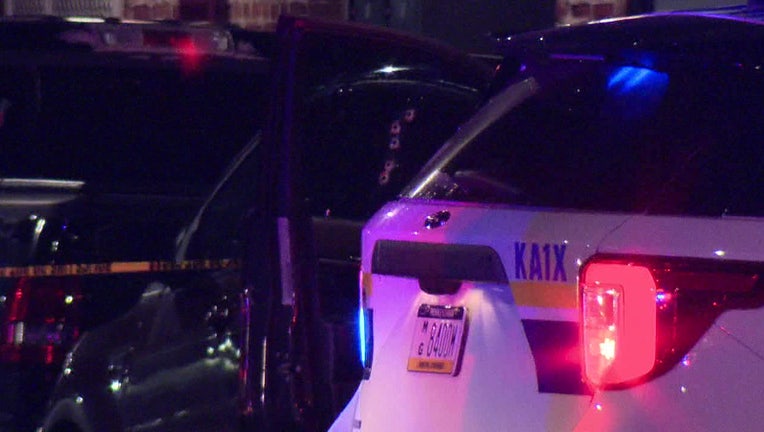 A man was shot and killed shortly after he left a gym in Port Richmond, police say.

PHILADELPHIA - Investigators say a man was shot and killed Monday night shortly after he left a gym in Philadelphia's Port Richmond neighborhood.

Officer from the Philadelphia Police Department were called to the 2200 block of East Tioga Street just before 8 p.m. for reports of a shooting.

Police Chief Inspector Scott Small told reporters that a man, identified as Sante Shelton, was found shot several times and bleeding heavily from his face behind the wheel of a Jeep that crashed into several parked cars.

The victim, who Small said is currently a John Doe, was taken to Temple University Hospital by police where he died.

Investigators believe the victim had just left a nearby gym and started driving away when someone fired six shots through the driver's side door.

The victim's car traveled about 200 feet before it slammed into parked cars. No bystanders were reported injured.

Small said police have not made any arrests, but the shooting "does not appear to be random."