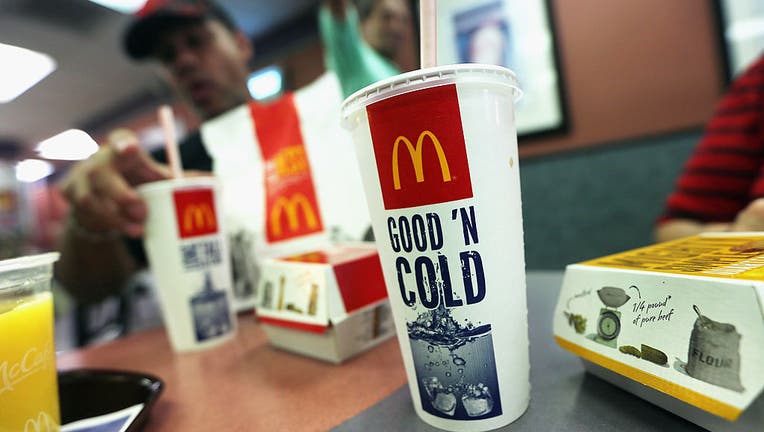 A customer eats with a 21 ounce cups of soda at a Manhattan McDonalds on September 13, 2012 in New York City. (Photo by Mario Tama/Getty Images)

A Tiktok video from a McDonald's employee has sparked outrage online after the worker claimed that all of the fast-food chain’s cups hold the same amount of any drink.

In the video viewed more than 1 million times as of Monday evening, employee @mykah.mykah pours Coke from a small McDonald’s cup into a medium and then a large, all with no ice. Each time the drink is poured, it fits into the next size up.

“They do be lying to us doe,” he captioned the video.

They do be lying to us doe, ##fyp ##fup ##foryoupage ##mcdonalds

The video has more than 12,000 comments, filled mostly with skeptics who argue that Coke was already poured into the cups ahead of time.

“That’s what happens when you fill up each of the cups slightly and then pour more in,” one person wrote, while another agreed adding, “You could at least make it less obvious that you filled the cups.”

However, some users say that the video is legitimate, including one user who claims to be a former employee.

“I worked at McDonald’s and this is true," the former employee said. "Always say no ice or ice on the side (in another cup) and only order smalls, NEVER medium.”

Meanwhile, another user pointed out that whether the claim is true or not doesn't matter.

"Either way, y'all are just gonna fill the whole cup with ice and leave no room for the drink itself," the user wrote.

According to Buzzfeed, McDonald's cup sizes in the U.S. are about 16 ounces for a small, 21 ounces for a medium, and 30 ounces for a large. Many of McDonald's beverages, including Coke, Sprite and Dr. Pepper, are available on the restaurant's dollar menu.