The Mega Millions jackpot reached an estimated $421 million ahead of Friday night’s drawing.

Just as they are every Tuesday and Friday, winning numbers will be drawn will be held at 11 p.m. ET. A jackpot winner will have to match the numbers on the five white balls (1 — 70) and the gold Mega ball (1 — 25).

Statistically, your odds of doing so are 302,575,350-to-one. Only a handful of people win the game’s grand prize each year.

But even if you don’t match all six numbers, you can still win large sums of money by matching fewer. In Tuesday night’s drawing, two tickets matched the numbers on the five white balls — qualifying for a prize worth at least $1 million.

Twenty-six tickets matched four white balls and the Mega Ball to qualify for $10,000 prizes. In all, 991,225 tickets qualified for prizes at all prize levels Tuesday.

And since the last time a jackpot was won, 15 million tickets have qualified for prizes — 35 of which were worth at least $1 million.

If you do happen to win the jackpot, sign your ticket and return it to the state’s lottery office. There, you’ll have a decision to make: cash or annuity.

The cash prize will get the winner a one-time, lump-sum payment equal to the cash in the prize pool. For Friday’s drawing, that’s $209 million.

The annuity will give the winner the full value of the jackpot, broken down into yearly installments over 30 years. To offset inflation and protect a winner’s lifestyle, each payment will be 5% larger than the previous.

No matter which path the winner takes, federal and local taxes are due on the winnings. 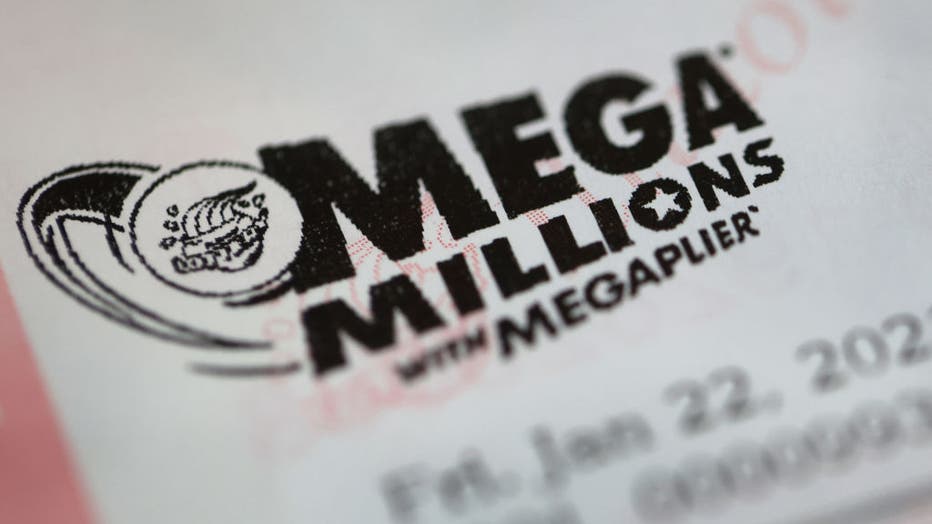 Mega Millions lottery tickets are sold at a 7-Eleven store in the Loop on Jan. 22, 2021, in Chicago, Illinois. The jackpot in the drawing has climbed to $970 million, the third-highest in the game's history. (Photo Illustration by Scott Olson/Getty I

Friday’s $421 million jackpot is creeping closer to being in record territory. The 10th-highest Mega Millions jackpot is $451 million.

If nobody wins Friday, the jackpot will grow again ahead of Tuesday's drawing — potentially breaking into the top 10.

But if someone wins, the jackpot will reset and begin the cycle of building back up once more.