International soccer superstar Megan Rapinoe is exiting this year with a bang after being crowned the 2019 Sportsperson of the Year by Sports Illustrated.

LOS ANGELES - International soccer superstar Megan Rapinoe is exiting this year with a bang after being crowned the 2019 Sportsperson of the Year by Sports Illustrated.

The magazine features the two-time World Cup champion on the Dec. 16 cover issue, holding a sledge hammer with a victorious look on her face.

Speaking on what it means for her to be given the title, Rapinoe recounted what it was like to win a tournament like the World Cup while undergoing the political pressure she and her teammates experienced.

“I feel in a way this year, and particularly the World Cup, gave people not only a motivation and inspiration but almost like a path forward to doing something, doing anything, in a time that feels a little bit paralyzing,” Rapinoe said.

“I feel like I am being recognized on behalf of the team for reasons of trying to do better in the world. Everything we do on the field and off the field, I think this is all going into it. That really means a lot to me. Yes, it is a sports award and you have to go out and perform. But really me winning it, I feel is a win for the good guys,” she added.

Rapinoe is well known for her outspoken criticism of President Donald Trump’s administration and even found herself in the middle of a political beef with the president after being caught on video saying, “I’m not going to the f---ing White House.”

“I’m not going to the fucking White House.” - @mPinoe pic.twitter.com/sz1ADG2WdT

All this, while being part of a lawsuit against the U.S. Soccer Federation for equal pay, put Rapinoe at the forefront of a movement.

With support and criticism building for the 34-year-old champion, Rapinoe stood her ground, creating even more headlines when she decided to kneel in solidarity with former NFL player Colin Kaepernick. 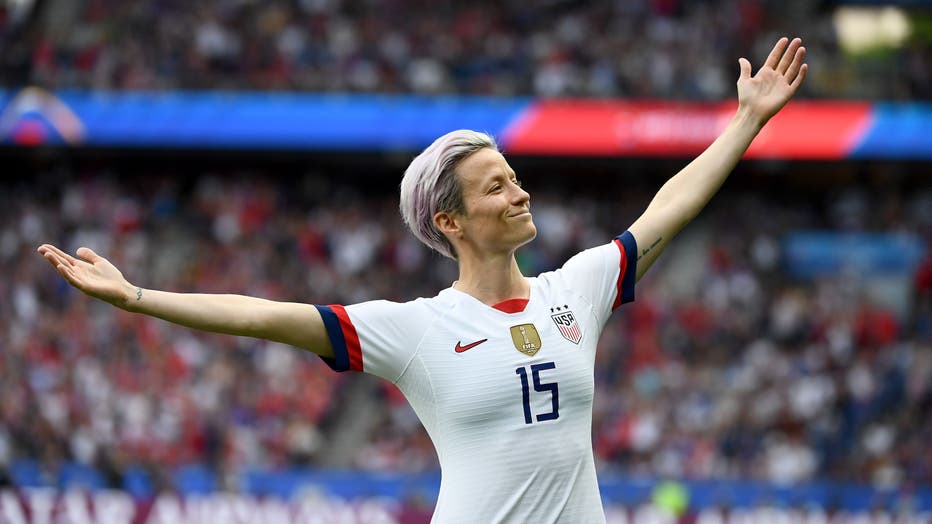 Following Rapinoe’s World Cup victory, she has continued to fight for what she believes in, calling on fellow athletes to join her cause. While she has received much criticism, she said none of it has stopped her from doing what she believes is right, and truly “American.”

“I don’t understand the [idea] that it’s un-American to criticize your country. That’s what an open democracy is about — civil discourse and being able to protest. Clearly, we are not perfect. Until we address the problems we have, it is not going to be better,” Rapinoe said.