PHILADELPHIA - On Monday, a public memorial for NBA legend Kobe Bryant and his 13-year-old daughter Gianna was held at Los Angeles' Staples Center.

The service began around 1:30 p.m. ET and for two hours, friends and family took the state to remember Kobe, Gianna, and the seven others killed in last month's helicopter crash.

The Staples Center is where Bryant starred for the Lakers for most of his two-decade career. Monday's date, Feb. 24, is a nod to the No. 24 jersey he wore and the No. 2 jersey worn by Gianna. 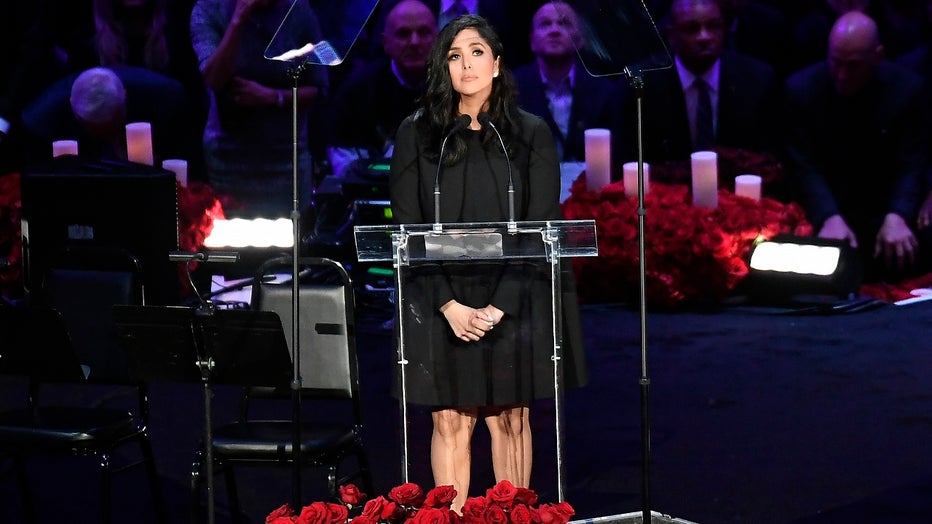 Bryant and Gianna, who went by the nickname Gigi, were laid to rest during a private ceremony on Friday, Feb. 7, at Pacific View Memorial Park and Mortuary in Corona Del Mar, California, according to their death certificates.

Following the deaths of Bryant and Gianna, Vanessa announced that the foundation set up MambaOnThree Fund to help support the other families affected by the crash. 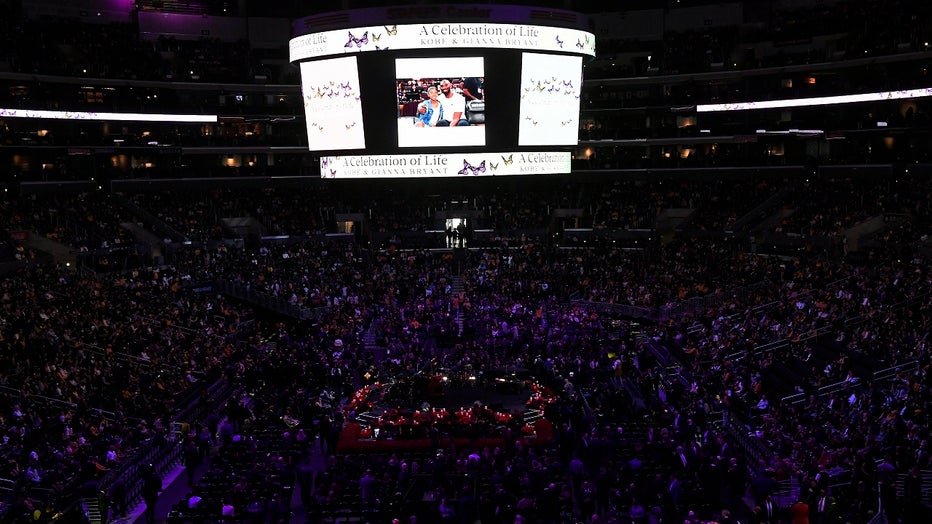 A view before the start of The Celebration of Life service for Kobe & Gianna Bryant. (Photo by Kevork Djansezian/Getty Images)

Philly via Italy: The formative years of Kobe Bryant

Timeline: A look at the legendary career of Kobe Bryant 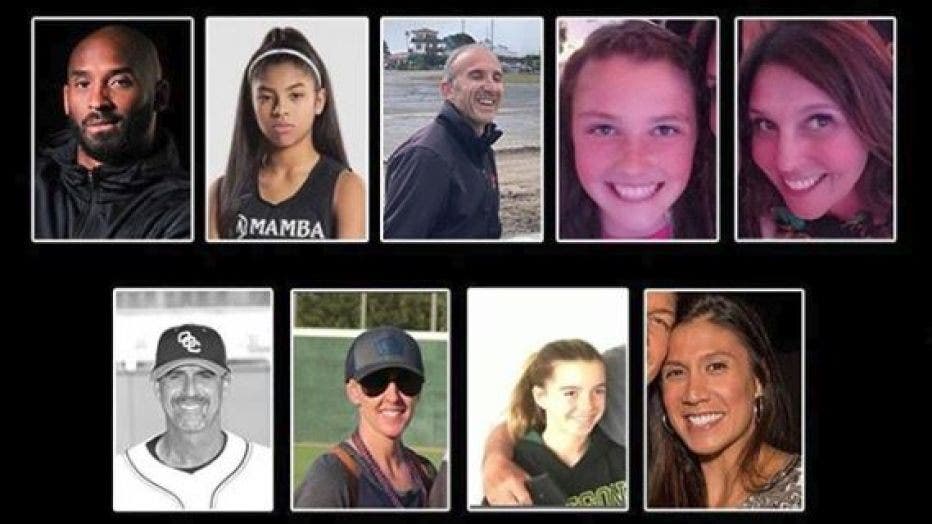 Kobe Bryant and his 13-year-old daughter, Gianna, were among nine killed in the Calabasas helicopter crash.

Bryant was killed the morning of Jan. 26, when the helicopter carrying him, his daughter Gianna and seven others crashed into a mountainside in Calabasas, California, while flying to a girls basketball tournament at his Mamba Sports Academy. Bryant coached Gianna's team, which was scheduled to play that afternoon.

Gianna and two teammates were among the nine people killed. The other victims were identified as John Altobelli, along with his wife Keri and their daughter Alyssa, Sarah and Payton Chester, youth basketball coach Christina Mauser and pilot Ara Zobayan.

Kobe Bryant and Philly: From hero to traitor to beloved

A look at the career of Kobe Bryant

A look at how Kobe Bryant went from being a decorated high school star to an NBA icon.

A preliminary report released by the National Transportation Safety Board stated that wreckage from the helicopter that crashed did not show any sign of engine failure.

The NTSB update included factual details, but findings regarding the cause of the crash is not expected for a year or more.