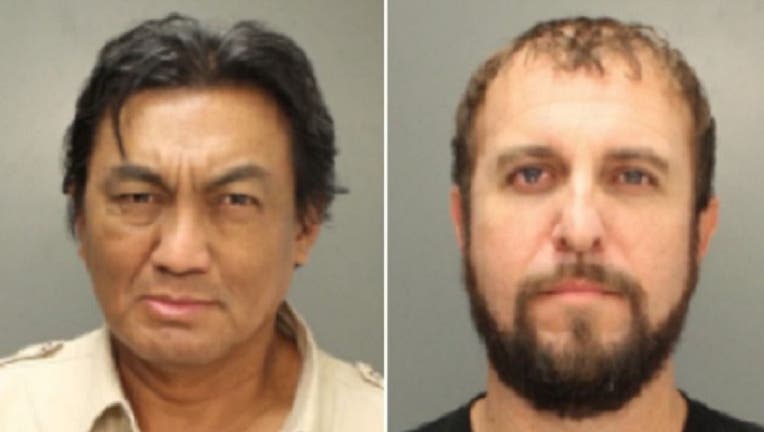 PHILADELPHIA -  A Philadelphia judge has denied a request to revoke bail for two Virginia men who traveled to the Pennsylvania Convention Center where votes were being counted and were arrested originally on weapons charges, despite prosecutors’ objections that they attended a rally last week that turned into a violent siege of the U.S. Capitol.

Prosecutors had argued that Joshua Macias, 42, and Antonio LaMotta, 61, each violated the conditions of his $750,000 bail by participating in the riot-turned-insurrection. A judge declined to revoke bail, but added conditions that the two men may not use social media or attend political rallies while they are free on bail.

The judge also ordered the two to stand trial on a series of election fraud charges added by District Attorney Larry Krasner’s office Thursday, including attempted interference with primaries and elections and conspiracy.

In November, as Philadelphia elections workers counted ballots over multiple days at the Pennsylvania Convention Center, Macias and LaMotta drove to Philadelphia in a Hummer adorned with a QAnon sticker and packed with an AR-15-style rifle, ammunition and other weapons. Both men were charged with weapons violations for guns they were carrying as they walked to the Convention Center in the early morning hours of Nov. 5.

The weapons charges against Macias were dropped Thursday because he was licensed to carry the gun in Virginia. But LaMotta is still charged with weapons violations, including carrying a firearm without a license.

Prosecutors showed social media posts and videos of the rally, saying the two had violated the terms of their bail.

LaMotta’s attorney did not return a request for comment Thursday.

Macias’ attorney Bill Brennan said he feels so strongly about the siege on the Capitol that if he were to find out his client had participated, he would remove himself from the case.