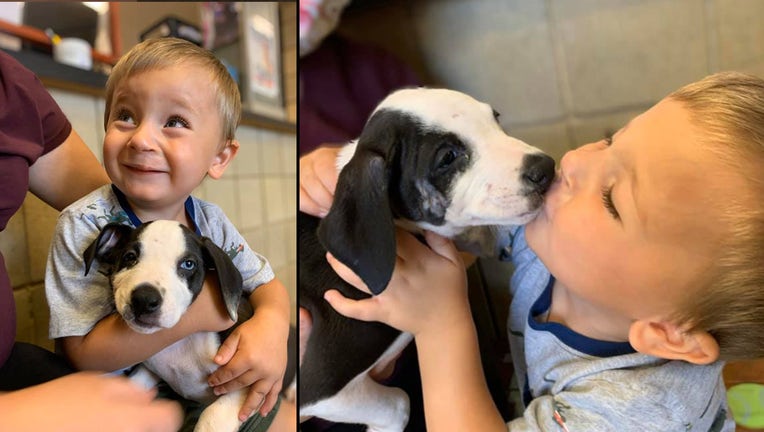 A Michigan couple expanded their family with the adoption of a puppy with a cleft lip — an especially precious pet for their young son, who was also born with a cleft lip.

Brandon Boyers visited the Jackson County Animal Shelter last week to look for chickens, only to fall in love with a 2-month-old Labrador-Retriever mix with a cleft lip, wife Ashley Boyers told Fox News on Tuesday. The dad suspected the pup could be a great match for their son Bentley, age 2, who was born with the same condition.

“He called me and said, ‘They don’t have the chickens, but they have a puppy,’” Ashley said. Meeting the dog over FaceTime, the mom said she immediately exclaimed, “We need her!”

Brandon filled out the paperwork, and the Boyers officially welcomed the puppy named Lacey into their family on Friday.

In the days since, Ashley said that her toddler and his fur-ever friend have hit it off.

“They eat together, they do everything together,” she said.

Little Bentley has undergone two surgeries for his cleft lip, Fox 17 reports, and his mom hopes that growing up with Lacey will teach him to be confident and remember he's never alone.

“I think it will have a lot more meaning to him to have a puppy with same birth defect he had, because it shows that neither of them are any different than any other kid or puppy that are their age, they both are equal to all each other,” she explained.

MORE NEWS: Rescue dog adopts kittens after the tragic death of her own puppies

According to the outlet, the incredible match was even more serendipitous because Lacey was born in Mississippi and only wound up in Michigan because the shelters there were full.

Animal Services Director Lydia Sattler told WILX that she does not think Lacey will experience any future health issues because of her cleft palate. 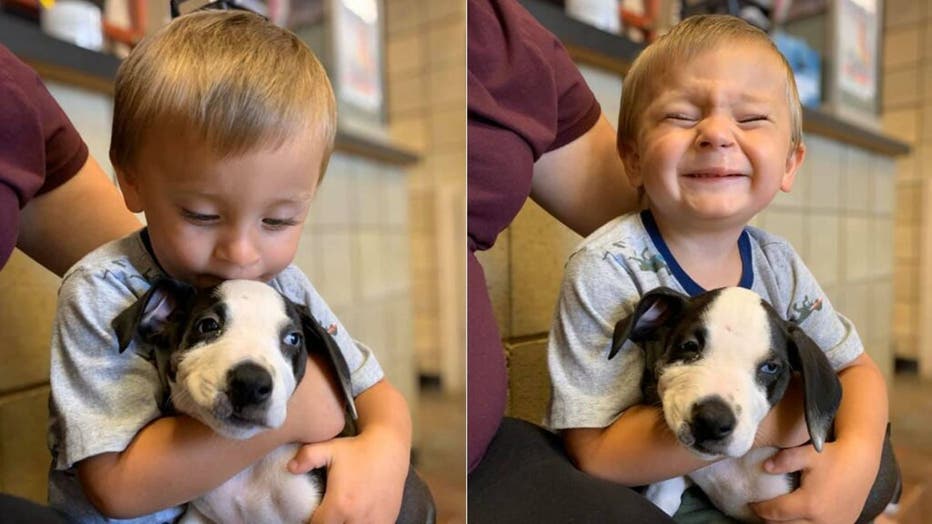 “Her disability is really not holding her back, and as she grows, they’ll be able to see more if there’s any change that has to do with that. But she’s really doing well,” Sattler said. “She might look a little different than a normal dog would, but it’s not slowing her down at all.”

Now, the story of Bentley and Lacey’s fairy-tail ending has gone viral on Facebook, with over 39,000 shares and 32,000 likes on a post shared by the Jackson County Animal Shelter.

Ashley is also taking the opportunity to express her family’s gratitude for the C.S. Mott Children's Hospital and all they have done for her son.

“The outcome is fantastic,” she said.