FOX 29's Lauren Dugan has more on a fire that ignited inside a Middletown Township home while a family was opening Christmas presents.

MIDDLE TOWNSHIP, Pa. - A Delaware County family lost everything they own in a Christmas morning fire. Now some neighbors are giving their own donations to help this family in need.

Middletown Fire Officials say the cause of the fire is still under investigation, but it started in the basement just after 10 a.m. on Rampart East in Middletown Township.

"I rushed them in," next door neighbor Donna Macintosh said. "They had no shoes, no socks, they were just in their pajamas." 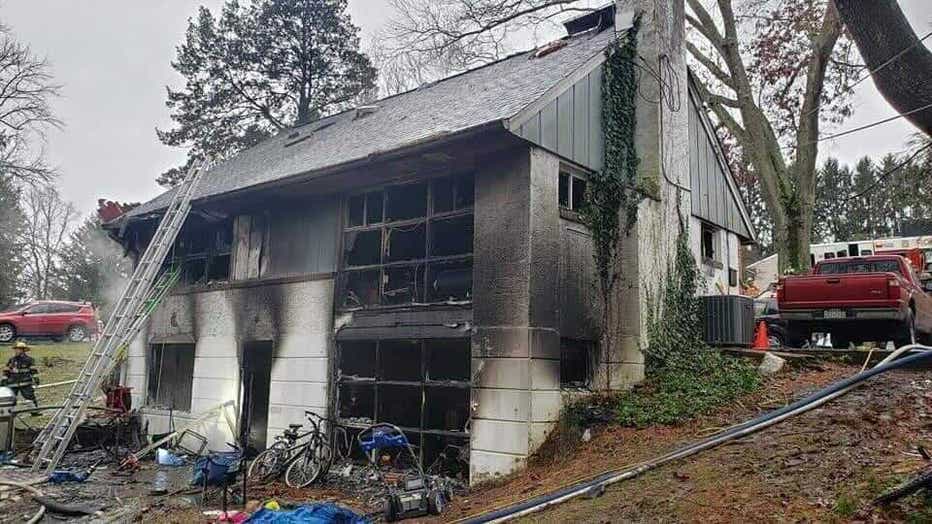 A family of seven lost everything in a Christmas morning house fire in Middletown Township.

Investigators say Christmas Eve storms knocked out power overnight. Then a fire started in the basement as the family of seven was opening presents. Nearly 80 first responders, some volunteers, rushed to the scene.

"Seventy-five men and women dropped everything they were doing on Christmas morning to help a neighbor out," Middletown Fire Company firefighter Mark Kirchgasser said. "We are extremely proud of the volunteer community. Our volunteer firefighters."

Four firefighters were injured and a family dog did not make it out, but the three-year-old boy and six adults who lived in the home were able to escape. Now fire officials say the house is a total loss and they need help.

"Neighbors literally driving by to write checks. In tragedies, there are bright spots and this is a great one," Kirchgasser said. 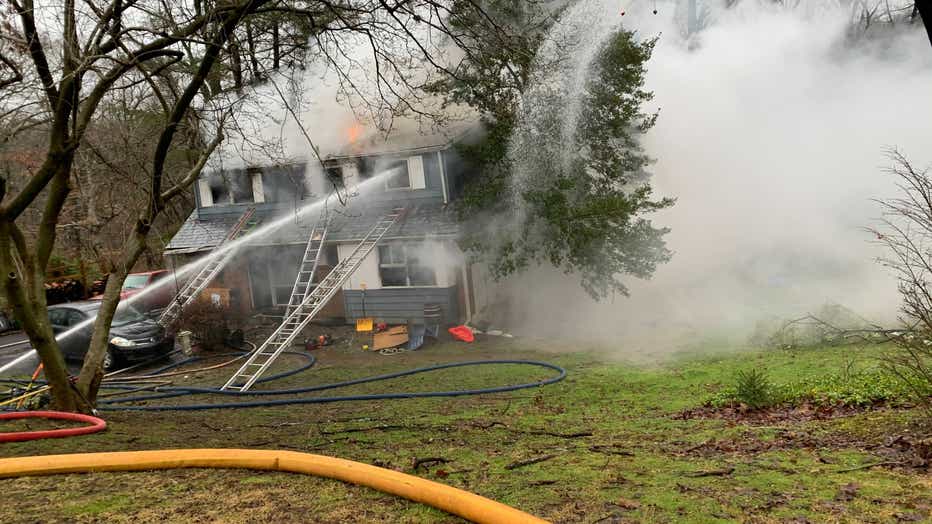 A family of seven lost everything in a Christmas morning house fire in Middletown Township.

Macintosh has opened up her home as a collection site, taking in cards and donations for her neighbors. She says one woman brought a brand new bike, still in the box. Another little girl gave her Christmas presents.

"It was a backpack she got for Christmas and they were taking the stuff out and she was like no no it’s for you and she just rode away. It was awesome," Macintosh said.

While the family faces a tough road ahead, neighbors' generosity shows they are not alone.

If you would like to help, Venmo donations may be sent to @Rebecca-Duross. Donations can also be dropped off to 29 Rampart East in Middletown Township.