It happened two weeks ago on what seemed like a normal day on the job working the deli at a Millville Wawa.

MILLVILLE, N.J. - A Millville teen is being honored for saving a woman having a medical emergency.

"It's like, I really did that?" said 19-year-old John Wallop. He says it's still so surreal saving a woman's life.

It happened two weeks ago on what seemed like a normal day on the job working the deli at a Millville Wawa.

"Two customers came up to me and told me like hey there's a girl in the bathroom not breathing. She's on the floor having a seizure," recalls John. He says his manager called 911, but he couldn't stand there and do nothing.

"I rushed right in the bathroom. It was like an active instinct," he said. "She was unconscious, she was very purple, she was just laid out on the floor and her head between the stall," said John.

He’s CPR certified but had never used his training until now. It was his grandmother Janita Warren who passed away four years ago and was a nurse who insisted he go with her to learn CPR.

"I feel like she was with me 100% of the way," he said. What he learned years ago just kicked in.

"Her pulse was fading out slowly, so I'm like ok I have to do CPR on her because she's not breathing. So, I pinch her nose, tilt her head back, put my two fingers next to her chest, continue to do CPR, and make sure she was breathing," he said. "She started coughing up stuff, so I flipped her over on her side," said John who continued CPR until EMTs arrived. 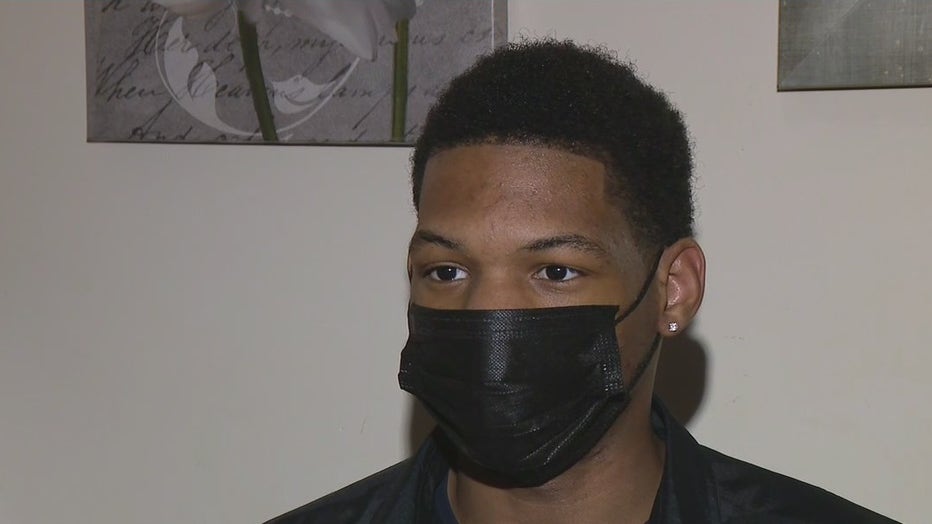 Word spread quickly through town about John's actions and a Facebook post by his mom Calvin is flooded with congratulatory comments.

"People see me in public now they're like hey John I saw what you did. Good job. I'm like thank you. Thank you. And people are like bro you did a good job," he recalls.

But he says he's humble and reminded that you only have one life.

"I'm always there to help no matter who it is. No matter what they are. Just her seeing her laying there on that floor she needed help," he said. John received an award for his actions from JT Burks founder of the Millville community organization Positive Vibes.