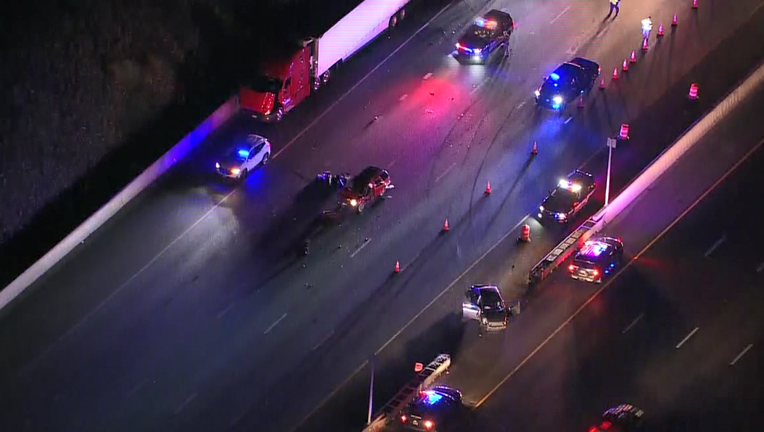 It happened on I-95 southbound Tuesday around 9 p.m.

Police say an on-duty patrol officer stopped on the shoulder to assist what appeared to be a disabled tractor-trailer and another black SUV.  The officer was seated in the fully marked patrol vehicle with the emergency equipment activated.  The patrol vehicle was then struck by a Nissan Altim, police said.

The Altima then careened off of the patrol vehicle and back into the southbound traffic of I-95.  The Altima was then struck by a Chevy Blazer which was also traveling southbound on I-95.

All drivers and passengers, including the officer, were transported to a local area hospital where they were treated and released for minor non-life-threatening injuries.

According to police, the crash investigation is still ongoing, and alcohol is believed to be a contributing factor. If you have any information regarding this investigation, please contact M/Cpl Michael Henderson at 302-395-8118 or Michael.Henderson@newcastlede.gov or call the New Castle County Police non-emergency number at 302-573-2800.