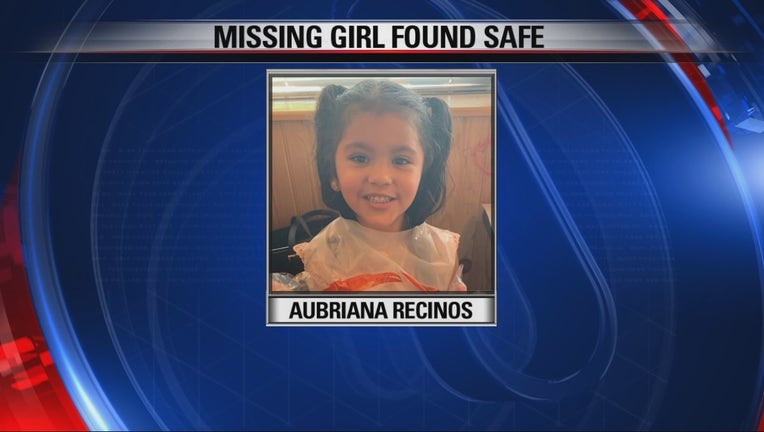 LEWISVILLE, Texas - A missing 4-year-old girl from North Carolina has been found with human traffickers in North Texas.

Aubriana Recinos was located by authorities in Lewisville, where police said a human trafficking ring -- with other children -- was being operated.

The FBI and the Lewisville Police Department assisted in finding the little girl.

Her mother, 23-year-old Carmen Lowe, was found and arrested in New Orleans.

Investigators in Fayetteville, North Carolina say she violated a custody order by taking her daughter out of the state.