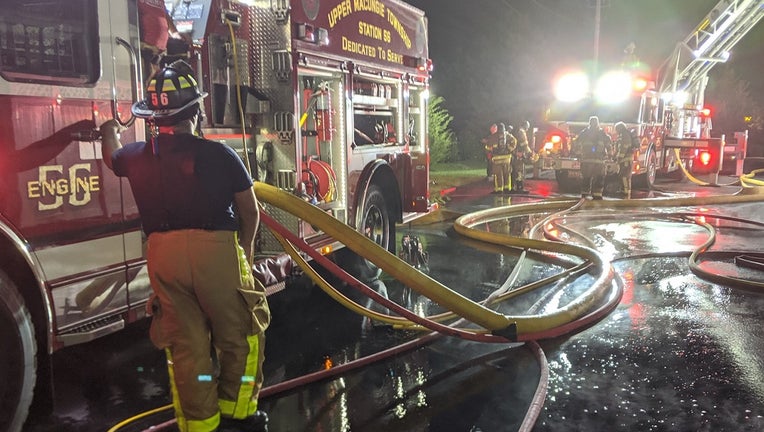 UPPER MACUNGIE, Pa. - Emergency crews evacuated 82 residents and five staff members at a Pennsylvania assisted living center that caught fire in the middle of the night and spread smoke throughout the building.

The fire broke out around 3 a.m. Sunday at Heather Glen Senior Living facility in Upper Macungie Township outside Allentown. Flames raced up a rear wall and spread to the roof.

Firefighters used ladders to rescue at least a half-dozen residents.

Upper Macungie Fire Chief Edgardo Colon says it took "a lot of creativity" to get everyone out safely.

The cause of the blaze remains under investigation.

The senior center's residents will have to live elsewhere while the building is repaired.