A report from Environment America Research &amp; Policy Center and Frontier Group performed analysis of 4,523 beaches and found that ore than half of the had potentially unsafe levels of bacterial contamination for at least one day in 2018.

LOS ANGELES - Every year in the U.S., an estimated 57 million cases of recreational waterborne illness occur, and scientists say that it’s largely because of fecal matter in the water.

A report from Environment America Research & Policy Center and Frontier Group performed analysis of 4,523 beaches from 29 coastal and Great Lakes states, plus Puerto Rico, which found that 2,620 beach sites — more than half of the total number tested — were potentially unsafe for swimming on at least one day in 2018. More than 600 sites were potentially unsafe at least 25 percent of the days that sampling took place.

For the study, water was considered unsafe if bacteria levels exceeded the Environment Protection Agency’s most protective “Beach Action Value” threshold, which is the level of contamination at which the EPA estimates 32 out of every 1,000 swimmers will get sick.

When humans come into contact with contaminated water, they are at risk of contracting gastrointestinal illness as well as respiratory disease, ear and eye infections and skin rash.

Most frequently, contamination is caused by human or animal fecal matter making its way into the water through urban runoff, sewage leaks and overflows and industrial livestock operations.

In California, for example, heavy rain periods like the 2018-2019 winter season cause a decrease in water quality because the rain runoff becomes bacteria-ridden on its way to the ocean via the storm drain system. In Mississippi, floods are not at all uncommon, and they allow sewage to float out of the sewer system, where it is washed away with the floodwaters toward the ocean or other waterways. 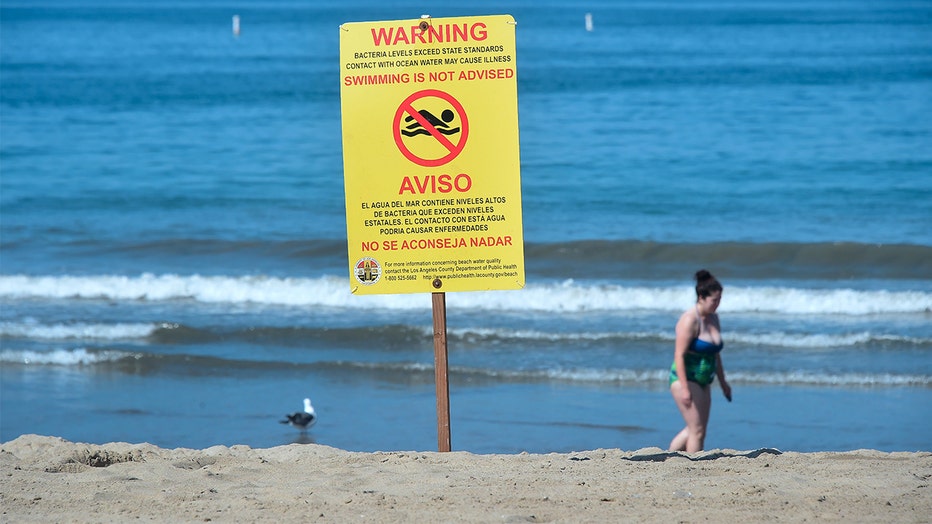 Environment America Research & Policy Center created an interactive map that allows users to view the individual sampling data from each beach site by selecting a specific area in a drop-down menu and hovering over each beach site. The map also lists the top counties by average percentage of potentially unsafe beach days for each state, as well as the top five sample sites with the most potentially unsafe days.

In 1972, legislators passed the Clean Water Act, which aimed to make all American waterways safe to swim in. It was amended in 2000 to include the Beaches Environmental Assessment and Coastal Health (BEACH) Act, which is designed to reduce the risk of disease to those who swim in or otherwise use the U.S.'s coastal recreation waters.

Environment America Research & Policy Center is urging policymakers to take further action to protect American beaches and waterways to ensure that all Americans can enjoy them without risk of harm.