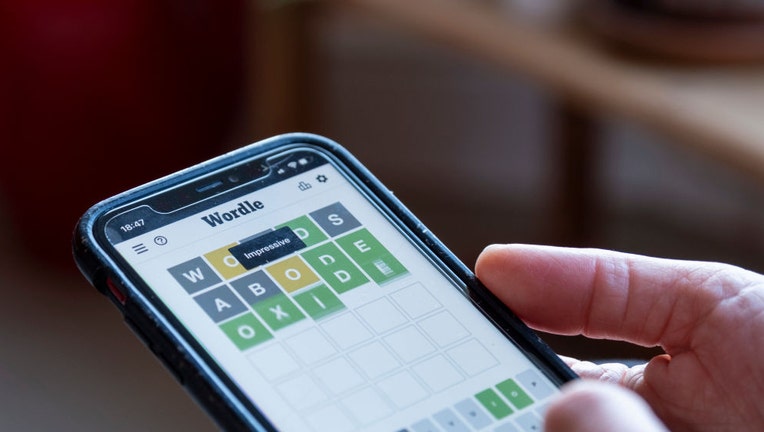 There was no shortage of news this year that sparked the curiosity of many who flooded Google's website to search for words and terms.

But the term that captured our attention worldwide is "Wordle." The popular puzzle game earned the top spot on Google’s annual "Year in Search" report which lists the most-searched terms globally in 2022.

Google explained in a blog post Wednesday that "Wordle" claimed the top spot in part because "guessing five-letter words every day became a way of life." In their post, the tech giant noted that its report looks at moments, people, and trends that interested people globally.

"India vs. England" was one of the top trending searches based on the two countries facing off in the international cricket tournament.

Will Smith and Chris Rock rounded out the top five searched people list based on their incident at the Oscars when Smith slapped Rock during the ceremony. Google’s entire list can be found here.

Google noted that they launched a local hub where users can type in a city or zip code to see what others in a specific location searched for in 2022.

Wordle is a web-based puzzle that requires players to guess a valid five-letter word in six tries or less. After each guess, the color of the letter tiles will change to show how close your guess was to the word.

According to the New York Times, the game was created by Josh Wardle (Wordle is a play on his last name), a software engineer in Brooklyn who knew his partner loved word games, so he created a guessing game for just the two of them.

The game was released on Nov. 1, and within less than three months, more than 300,000 people had played, according to the Times.

RELATED: What is Wordle? What to know about the popular game among millennials

Everyone is given the same word daily, and after 24 hours, the word changes. The popular game now owned by The New York Times, made changes to its online Wordle assistant called Wordlebot, FOX 2 Detroit reported.

Wordlebot was introduced back in April to help users analyze their gameplay. The app now recommends different starting words. Wordlebot used to recommend starting with the word "crane" on regular mode, but that's been changed to the word "slate."

FOX 2 Detroit and FOX 9 Minneapolis contributed to this story. This story was reported from Washington, D.C.