Ciattarelli emerged Tuesday as the winner in a four-way GOP primary, while Murphy won his uncontested race.

The election is just one of two for governor in the nation this year — along with Virginia. The races stand out because they occur in odd years and traditionally invite national scrutiny since they occur just after presidential elections. Murphy is trying to buck a more than four-decade pattern of Democrats failing to win reelection. Ciattarelli faces strong headwinds, too, with Republicans outnumbered by Democrats by 1 million registered voters.

Republicans nominated a candidate in Ciattarelli who was skeptical of former President Donald Trump early on before eventually embracing his policies and, as he explained during a radio interview recently, bought 3,000 Trump lawn signs and voted for Trump.

The former president, who has golf clubs in New Jersey and regularly visited his property in Bedminster during his administration, has proven unpopular in the state, losing it twice. 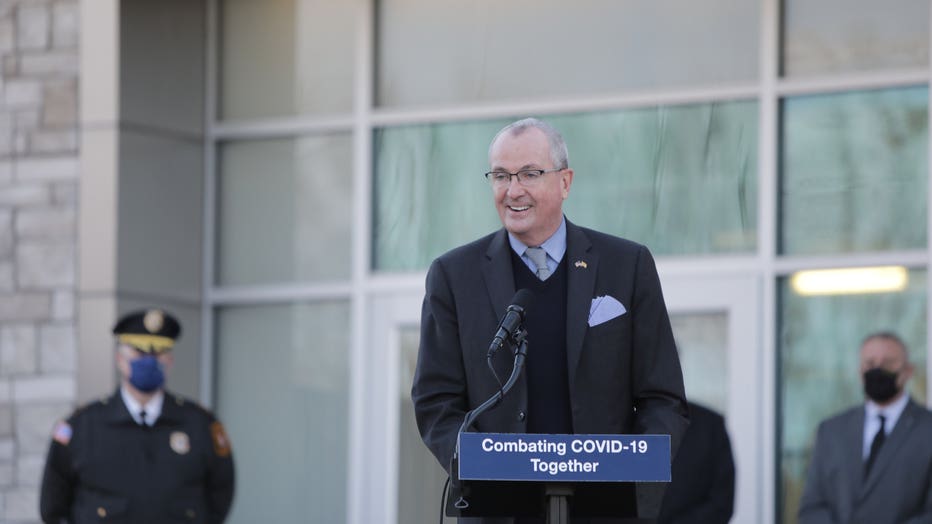 Ciattarelli, a former Assembly member and founder of a small business, fended off two primary opponents who adhered closely to the former president. In a victory speech, Ciattarelli didn’t mention the previous president by name but identified himself as a Lincoln and Reagan Republican who believes in tolerance and "mutual respect."

Murphy was uncontested on the Democratic ballot, which saw turnout fall from four years ago when there were six candidates vying for the nomination, according to preliminary, unofficial tallies.

Murphy has a positive approval rating in polls and has gotten good grades for his handling of the COVID-19 outbreak. He also has a long list of accomplishments given the Democratic control of the Legislature. He ticked some of them off Tuesday: recreational marijuana legalization, offshore wind credits, a new film and TV tax credit and the implementation of sports betting, the push for which started before Murphy took office.

Ciattarelli shifted gears to general election mode Tuesday night, focusing on affordability and New Jersey’s reputation for high taxes, reviving a Ronald Reagan line from his campaign against Jimmy Carter in 1980 and hoping to tap into voter frustration with the incumbent.

"Are you better off today than you were four years ago?" Ciattarelli asked.

Murphy posed his own question: do voters want to go back to reduced funding for women’s health care and lower taxes for the wealthy?

Typically candidates will tack toward the middle in a general election campaign, but New Jersey has shifted to the left, making it all but impossible for Murphy to abandon the left-leaning policies he pursued during his first term, according to experts.

"He can’t run away from that label," said Brigid Harrison a political science professor at Montclair State University and one-time Democratic candidate for Congress in 2020. "It’s how he governs. It’s how he’s going to be governing. It doesn’t make a lot of sense to couch his administration as moderate."