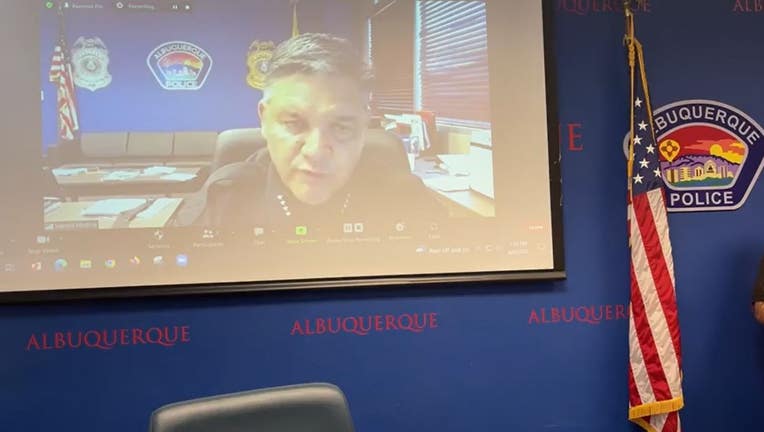 ALBUQUERQUE, N.M. - Police say the killing of a Muslim man on Friday night in Albuquerque may be linked to the ambush shooting deaths of three Muslim men over the past nine months in New Mexico’s biggest city.

Police said Saturday that the victim in the latest killing was a Muslim from South Asia who is believed to be in his mid-20s. The man, whose identity hasn’t yet been confirmed by investigators, was found dead after police received a call of a shooting.

Earlier this week, police confirmed that local detectives and federal law enforcement officers were looking for possible ties among the separate crimes. Two of the men — Muhammed Afzaal Hussain, 27, and Aftab Hussein, 41 — were killed in the past week, and both were from Pakistan and members of the same mosque. The third case involves the November killing of Mohammad Ahmadi, 62, a Muslim man of South Asian descent.

"There is reason to believe this death is related to those shootings," Albuquerque Police Chief Harold Medina said during a news conference Saturday.

Police declined to say whether the killing on Friday night was carried out in a way similar to the other deaths.

Authorities say they can’t say yet if the shootings were hate crimes until they have identified a suspect and can determine a motive.

"These hateful attacks have no place in America," President Joe Biden said in a tweet.

The killings came as Albuquerque is on pace for another record-setting year of homicides.

"Our community has been devastated, as you can imagine," said Ahmad Assed, the president of Islamic Center of New Mexico. "We have never gone through anything like this before. This is really a surreal time for us."

A $15,000 reward has been offered for information leading to an arrest. Anyone with information is asked to submit it through a new online tip portal.