NC cheerleaders on probation after posing with Trump signs

A North Carolina cheerleading squad is in trouble after displaying signs supporting President Donald Trump at a football game.

The North Stanly High School squad has been placed on probation after posing with a banner supporting President Trump before a game at the end of last month.

The school said a student attending the game brought the flag in, and the picture was taken before the game started, and Stanly County superintendent Dr. Jeff James says the team was told not to do it again.

CHEER SQUAD GETS SUPPORT FROM CONGRESSMAN AFTER CONTROVERSIAL TRUMP BANNER

The mother of one of those cheerleaders says the young women and their families started getting threats after the picture went out.

“They're labeling these cheerleaders racist, they're calling them bigots, these things that they are not,” she said. 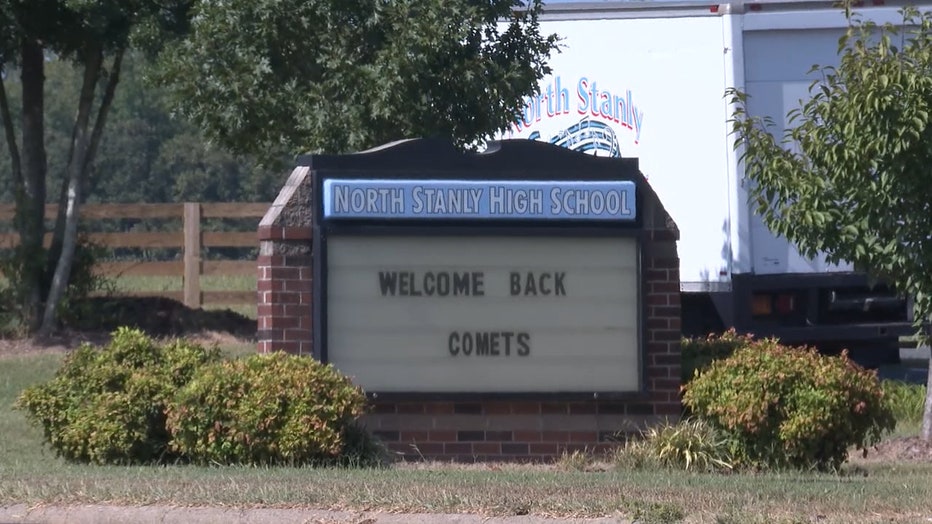 “We figured it would be covered by our first amendment rights,” said Carson Palmer.

Palmer and friend Matthew Mangham are the two young men in the picture with the cheerleading squad. They say the resulting controversy and the trouble the cheerleaders have gotten into over that photo was not their intention. They say that night at the game was night celebrating the red, white and blue.

“We took a picture of the Trump flag because he is our president and it had red white and blue on it,” Mangham said.

But the North Carolina High School Athletic Association sees it differently. They saw the photo of the team in uniform, and said it violated their policies on schools promoting political campaigns since the girls were representing the school.

The NCHSSA said the probation was not a punishment, but a "notice of behavior or action that is against NCHSAA Handbook Policy or contrary to expectations of sportsmanship and proper behavior."

They say if the behavior continues, fines or suspensions could be implemented.

The Stanly County School system says their own investigation into the picture discovered no ill intent and said that while students are free to express themselves in a respectful manner, politics are to stay out of school events.

All North Carolina schools have a policy against displaying political signs. A statement from the Stanly County School district said, it part:

"Stanly County Schools respects the rights of its students, staff, and visitors to express their opinions in a respectful manner on their own time, however, Stanly County Board of Education policy prohibits the display or distribution of political advertisements on campus or at school events. Further, Stanly County Schools never makes political campaign endorsements. These policies ensure that all students, staff and visitors are able to attend school events in an environment that promotes students and not a particular political viewpoint."

The parents and students say the school system handled their own investigation properly. Their problem is with the state putting them on probation.

“I’d do it again in a heartbeat,” Palmer said.