More and more companies are hopping on the plant-based bandwagon.

A vegan version of Nestle's KitKat is coming soon for sweet-lovers looking for a dairy alternative, the company announced on its website Tuesday. The alternative chocolate is slated to hit shelves in the U.K. this year.

The new vegan KitKat, called KitKat V, is certified vegan and made from 100% sustainable cocoa; however, the brand didn’t reveal exactly what it was subbing in for the non-fat milk used in its traditional milk chocolate bars. The company has used rice, oat, soy, coconut, pea and almonds for its other plant-based offerings; Bloomberg is reporting that this particular KitKat will use a rice-based milk substitute. 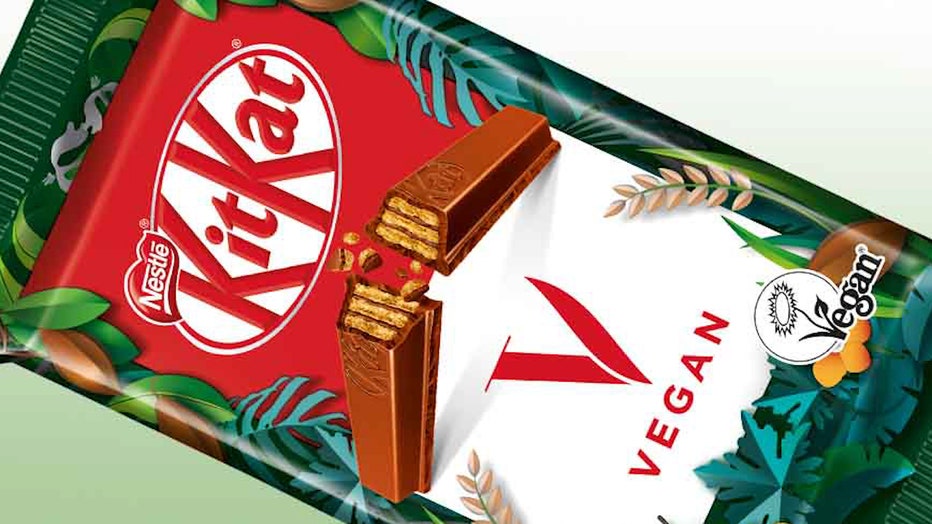 KitKat V was created in the U.K., where Nestlé’s confectionery researchers aimed to make a vegan version of its iconic sweet that would "live up to the high expectations of KitKat lovers everywhere."

A class-action lawsuit was reportedly filed by Phillip Williams, a vegan, claiming the plant-based alternative was contaminated by meat byproducts because it was cooked on the same apparatus as beef.

This isn't the company’s first foray into the plant-based market, either. Nestle has non-dairy ice cream, coffee creamers, rice-and-oat-based drinks and non-dairy cheese across its food portfolio, in addition to its plant-based burgers.

The new KitKat V bars will be rolled out in Britain to start. KitKat, meanwhile, is produced under the license of Hershey in the United States — and not Nestle — so it's still uncertain when, or if, the U.S. will get a taste anytime soon.