Rare photos of Bruce Springsteen are featured at a Conshohocken exhibit. FOX 29's Dawn Timmeney has the story.

"As big Bruce Springsteen fans ourselves, it was easy on the 45th anniversary of "Thunder Road" being played for the first time to have this show," owner Brian Coll said.

"They were good friends. He drove him around. He hung out with him and he was a photographer. he was just always there," Ceccola said. 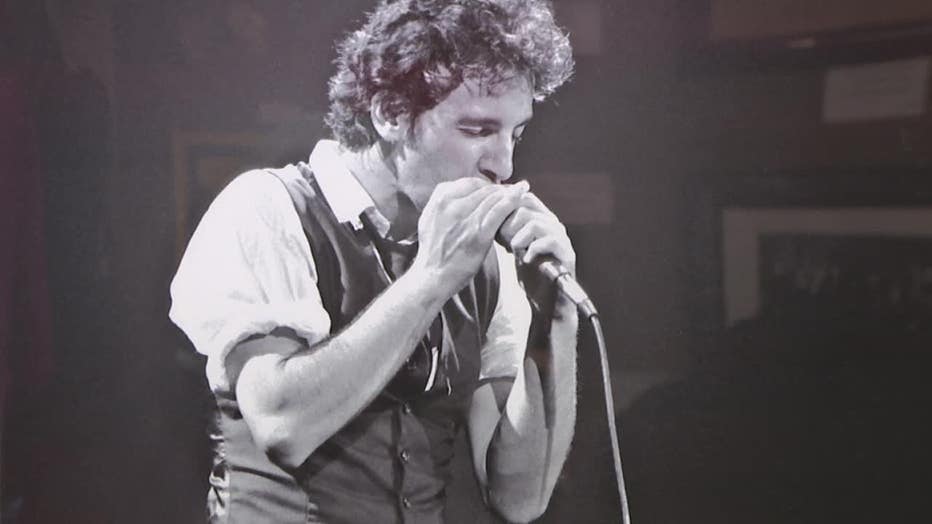 Never-before-seen photos of Bruce Springsteen are featured at a local gallery.

Ceccola says his brother probably took over 20,000 pictures of Springsteen, which he is now unearthing.

Just about everyone in attendance had a Springsteen story.

Michelle Sulkes had the thrill of a lifetime.  She says "The Boss" pulled her up on stage during a July 1981 concert at the Spectrum.

"It was wild and he put his guitar in front of me, so I was between him and the guitar. He played and then we danced across the stage and back and then he dipped me, kissed me. It was crazy," she said.

The exhibit runs until the end of the month.