The notes are handwritten, apparently by the same person, claiming to be struck by the beauty of the woman from across the parking lot and asking to chat, “…if you’re single. Signed Alex.”

“Oh no. Oh no. That would freak me out,” exclaimed Keisha Horn.

At least seven women say they found the notes on their cars at shopping plazas in New Castle County, near Newark. The notes are posted on Facebook.

“That is creepy. They’re just leaving it behind?” remarked Joseph Horn. 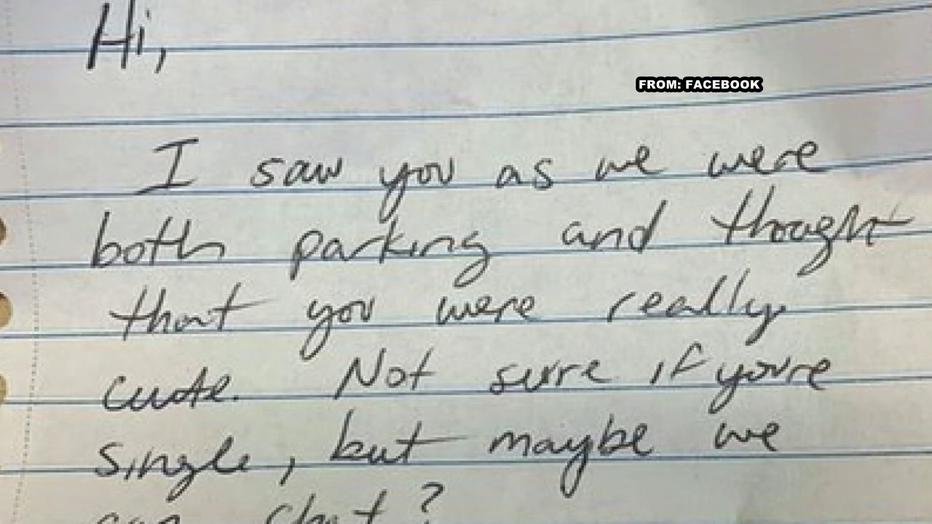 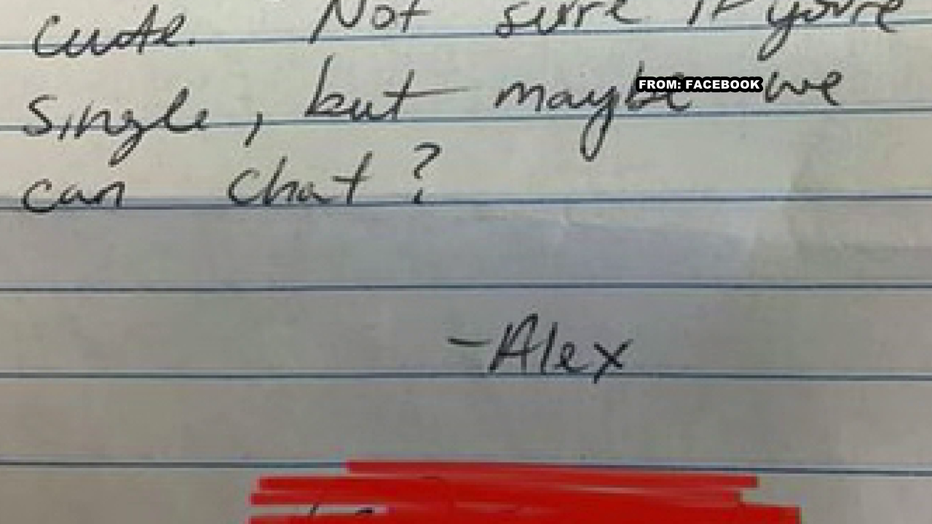 Keisha Horn was shopping at Brookside Plaza where at least one of the notes was left.

“He’s watching you sitting there, waiting to see how you respond, what your reaction is,” Keisha stated.

“To be honest with you, that’s kind of weird,” added Daquan Christy.

Weird, but Christy suggested the note writer might be shy.

“It’s a way you say ‘Hi.’ You see something, you say ‘Hey.’ But, by you leaving a note on the car, you’re following them. It’s scary,” Anderson explained.

A phone number was offered on half the notes. Police say they are keeping an eye out and advising women to do the same.

“It doesn’t scare me. I’ve been scammed before, lost a lot of money. I’m on the ball,” said Ruth Flint.