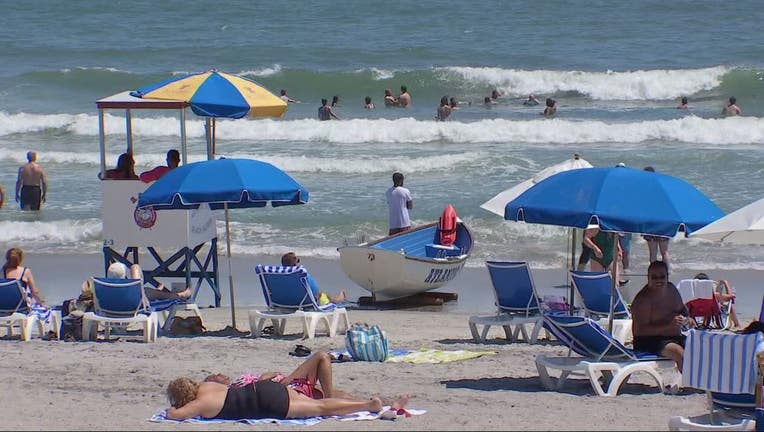 ATLANTIC CITY, N.J. - Beachgoers at the Jersey Shore would have to tether their beach umbrellas to the sand to prevent them from flying off and injuring people under a recently introduced bill.

Assemblyman Eric Houghtaling, a Monmouth County Democrat, wrote a bill that would require beach umbrellas to be secured to the sand with an attachment that bores down into the sand, with tie-down straps or by using sandbags.

The bill as introduced on Feb. 20 would only require that umbrellas be secured on days when the wind speed at the beach is 25 mph or more. But Houghtaling said in an interview Wednesday he plans to eliminate that provision as the bill moves forward, making it apply whenever beach umbrellas are used.

It also would require stores that sell beach umbrellas to post a sign warning of the dangers they can pose. He also said signs at the entry to beaches should alert beachgoers that they are required to secure their umbrellas.

The most commonly used devices that screw down into the sand cost about $15 apiece.

“I go to the beach fairly regularly, and my wife is in charge of putting the umbrella down securely into the sand,” he said. “It’s a simple thing to do, But a lot of people don’t want to be bothered with it. The weather at the beach is so unpredictable that the wind can kick up at any time, and you can have 20 umbrellas flying all over the place.” 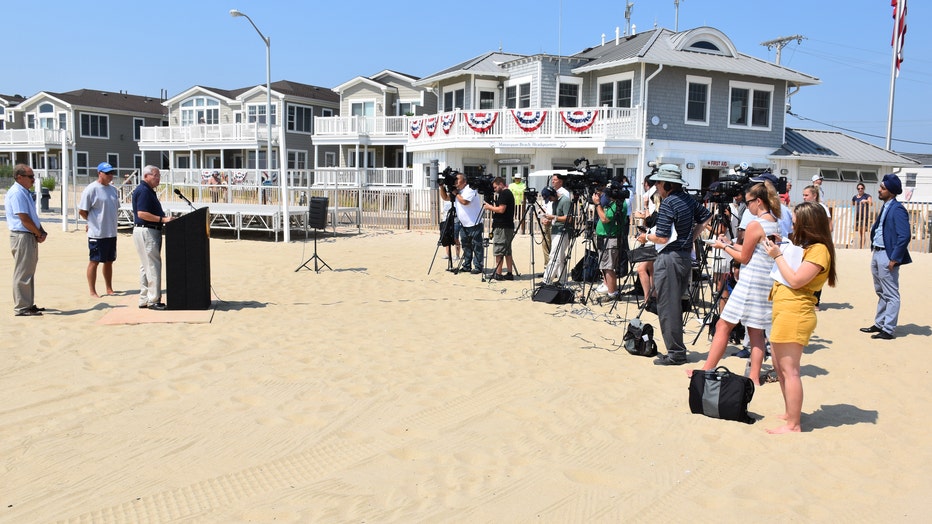 According to the U.S. Consumer Product Safety Commission, over 2,800 injuries caused by flying beach umbrellas were treated at U.S. emergency rooms between 2010 and 2018.

Some of them were quite serious. In 2016, a Virginia woman celebrating her birthday at the beach was struck by a flying beach umbrella that pierced her torso, killing her.

In 2018, a British tourist relaxing on a beach in Seaside Heights, New Jersey, was struck by a flying umbrella that impaled her ankle; rescuers had to use bolts cutters to free her. About a week later, a woman on a beach in Ocean City, Maryland, was struck by a beach umbrella that penetrated her chest. It, too, had to be cut away by rescuers before she could be brought to a hospital.

“I’m pleased the state is exploring steps to protect beachgoers at the Jersey Shore by reducing the risk of serious injury from a windswept umbrella,” he said Wednesday. “A day at the beach should never end with a trip to an emergency room.”

The bill provides for a $50 fine for a first violation, up to $250 for a third or subsequent violation. It does not specify who would enforce the law.