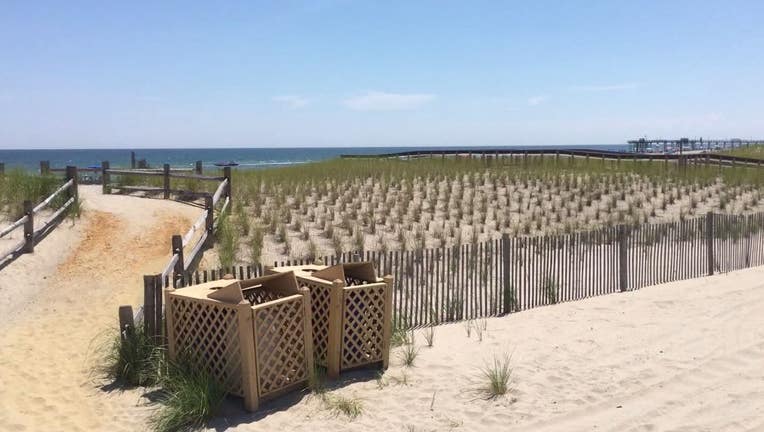 MARGATE, N.J. - Proponents of building a boardwalk along the beach in Margate, New Jersey, are accusing the city of using “fear tactics” by claiming a walkway would make it easier for criminals from nearby Atlantic City to commit crimes in the upscale beach enclave.

The Margate Boardwalk Committee wants the town to build a boardwalk to solve problems caused by the recent beach replenishment and dune project that the town fought in court for years. The dunes trapped water against a wooden bulkhead and created ponds that blocked beach access in many spots after heavy rains.

Margate has taken no position on the proposal, which would build a 1.5-mile boardwalk connecting Margate with Ventnor to the north and Longport to the south. But in October, it cited concerns with the project, including its cost, financing, engineering and policing.

Late Thursday, the committee responded to those concerns, saying the mid-range of several design proposals would cost the owner of an average house assessed at $534,800 about $220 a year, or 60 cents a day, in higher property taxes.

“The city resorts to using fear tactics to try to convince people that a boardwalk is not feasible — fear of fire, of crime, and of wild and unrestrained increases in costs,” the group wrote in Thursday’s report. “This leads us to wonder whether the city is making a good faith effort to have an honest dialogue, or are merely looking for ways to dismiss the idea.”

“There’s absolutely no fear tactics whatsoever,” he said. “We asked all our city departments for input on this, pros and cons. In the summer, we get people from Atlantic City, and last summer we had an incident where someone came and stole bicycles. The police department documented that this happened; that’s not fear-mongering.”

In its report, city officials wrote that “Margate, historically, sees a significantly higher percentage of bicycle thefts during the summer season,” the city wrote in its report. “Typically, the suspects are transient (from) larger urban areas of Atlantic City.”

The police department said that happened again last summer, when a suspect in bicycle thefts used the boardwalk connecting Atlantic City and Ventnor to travel to the border of Margate, where the boardwalk currently ends. The police also wrote that during the winter months, a boardwalk would make it easier for outsiders to conduct surveillance of unoccupied summer homes near the beach.

The committee called that assertion “an old bugaboo designed to strike fear in the hearts of Margate residents,” employed “without any facts, only the use of innuendo, suspicion and bias against certain groups.”

The boardwalk backers note that the project would include lighting, which it said is a well-established deterrent to crime.

Boardwalk supporters recently submitted, then withdrew, petitions seeking a referendum to let voters decide whether to build the walkway, citing technical flaws with the documents. They are collecting new signatures and hope to resubmit them soon.

Proponents say a boardwalk’s benefits would include restoring easier beach access for elderly people and families with young children, who currently must walk up and over walkways across the dunes, consisting of soft sand that is difficult to pull or push beach carts through. It would restore views of the ocean and allow walkers to better feel sea breezes, proponents say.

Margate had a boardwalk in the early 1900s; it was destroyed by a hurricane in 1944.