TOMS RIVER, N.J. - Like a scene torn from the pages of a 'Jaws' movie script, five New Jersey fishermen had a close encounter with a great white shark off the coast of Toms River, New Jersey Monday morning.

Captain Jeff Crilly and his team were participating in the Mako Fever shark fishing tournament. Their first day in competition started out slow, the crew netted only a few small sharks and they were about to call it quits.

That's when Crilly noticed ripples in the water in a V pattern.

"I see a big shadow, it came a little closer and it turned and we saw it was a big great white," Crilly said. 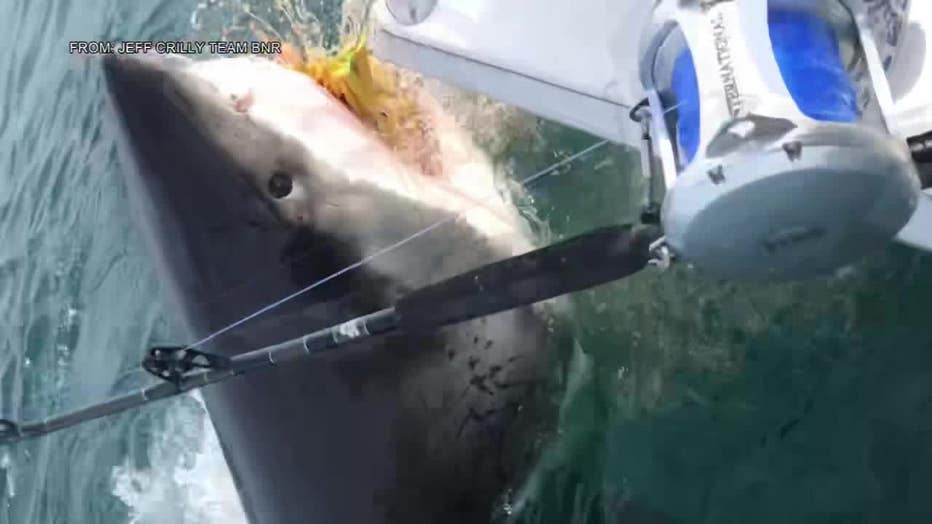 The video shows the shark chomp aggressively at the crew's chum bag, and take some bites at the boat itself. The vessel was left with gashes along its stern from the shark.

Crilly says the shark then swam peacefully around the boat for 20 minutes, while he and his crew watched in amazement.

"It was just the coolest thing ever seeing something so big and beautiful in the ocean like that," Crilly said. "We've never seen anything like this and chances are we never will again."