Driver found shot to death inside crashed car on I-76 in Camden County, police say

A man driving eastbound on I-76 in Camden County Monday night was shot and killed while driving on the highway.

MOUNT EPHRAIM, N.J. - Authorities have identified a New Jersey man who was found shot to death inside a crashed car on I-76 in Camden County late Monday night.

According to the New Jersey State Police, 48-year-old Louis E. Ciccanti was behind the wheel of a 2004 Mercedes-Benz when he was fatally shot around 10:30 p.m. near milepost 4. 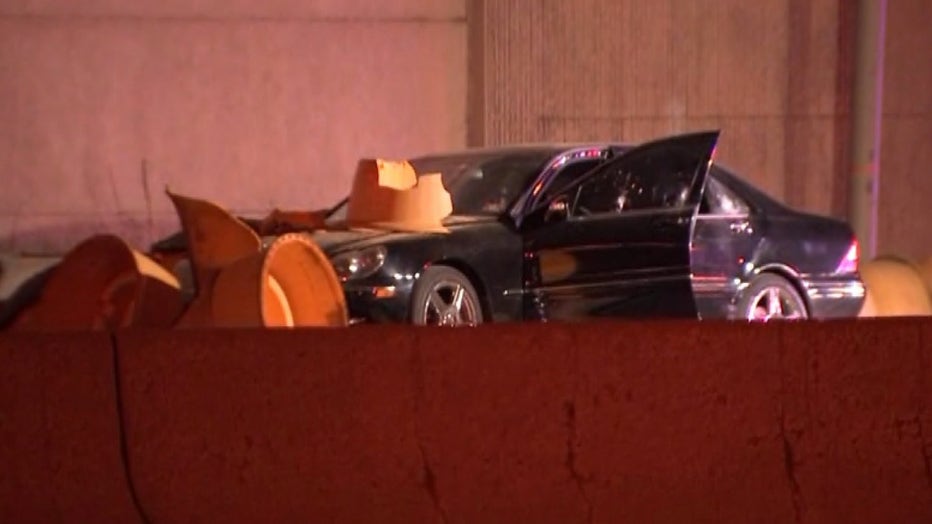 Investigators originally labeled Ciccanti's death as suspicious and noted that he did not die from injuries sustained during the crash. The investigation stretched into the Tuesday morning rush hour commute.

Hours after the deadly incident, investigators now believe that Ciccanti was shot at least one time while he was driving. State Police did not say if Ciccanti was alone inside the car when he was killed.

Anyone who may have witnessed the incident, the events leading up to it, or any other information that might aid this investigation, is asked to contact the Camden County Prosecutor's Office Tip Line at 856-783-4900. Anonymous tips are welcome, according to authorities.

An investigation remains active at this time.