NORTH PHILADELPHIA - The City of Philadelphia is offering a $20,000 reward for information leading to the arrest of the person driving a vehicle police say hit and killed a man on a bicycle July 12.

Authorities say 32-year-old William Lindsay was riding a bicycle Sunday night, July 12th, about 8:35 p.m., on the 3800 block of Ridge Avenue when, according to authorities, he was struck by a vehicle. Responding officers found him unconscious and bleeding on the ground. 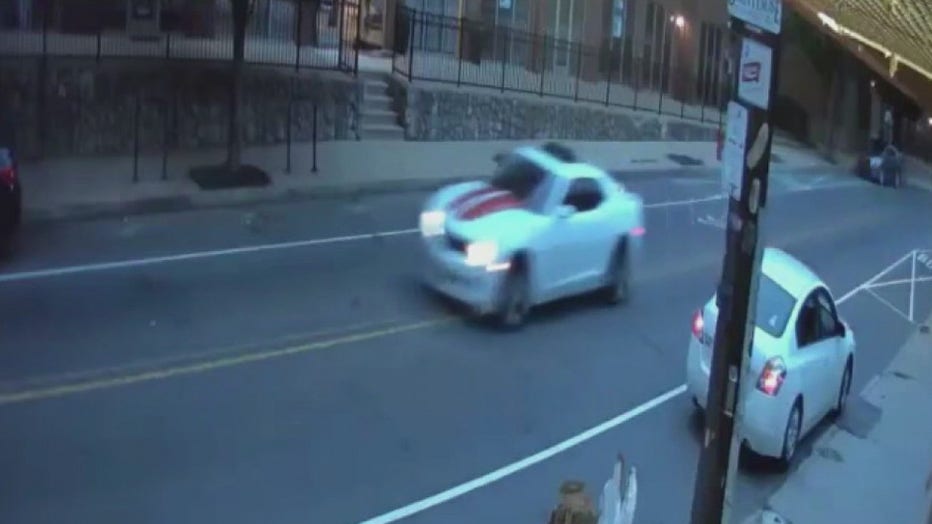 An investigation has determined the vehicle in question is described as a light colored car, possibly a 2010 to 2015 Chevy Camaro, with a red racing stripe on the hood and trunk. The car also had a moon roof and tinted windows. There may be damage to the passenger side front windshield.

Police say the car continued traveling northbound on Route 1 from Ridge Avenue, after the incident.

"It's not necessarily a crime to be involved in a crash or for hitting a pedestrian. Once you leave that person there you have committed a crime. We need to hold these people accountable," said Commanding Officer Mark Overwise with Philadelphia Police Department’s Accident Investigations District.

On Wednesday, his father William joined by Will's mom Monica, brother Philip and sister Emma remembered his firstborn as a hard worker and terrific son.

"He was a great scientist down at the Navy Yard at Wuxi Apptech, a fantastic individual and a light shining in all of our lives," his father said.

The Fraternal Order of Police is also offering a $5,000 reward for information leading to the arrest of the driver.

Anyone with information regarding this incident is asked to contact Philadelphia Police Accident Investigation Division at 215-685-3180 or 3181.