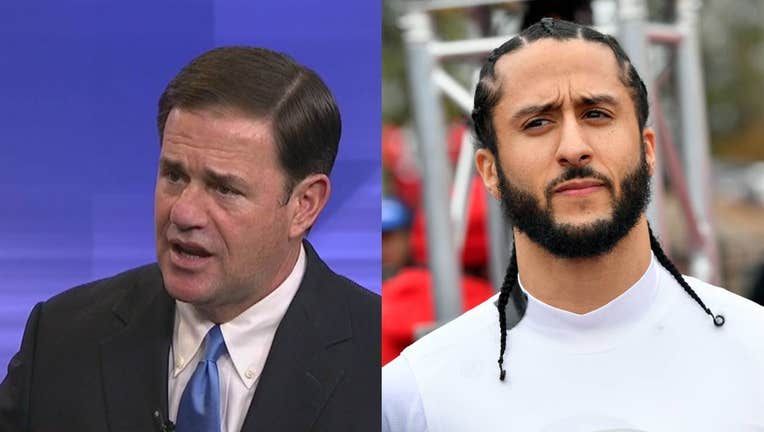 PHOENIX - The City of Goodyear was celebrating after the West Valley city put the finishing touches on a deal with Nike, but now those plans might be in jeopardy due to outrage over another Nike story making headlines.

The new Air Max One, which featured a Betsy Ross flag, was supposed to go on sale Monday, but Nike nixed the design after former NFL quarterback turned activist, Colin Kaepernick, told the company that he and others felt the shoes were an offensive symbol because of its connection to an "era of slavery."

"Nike has chosen not to release the Air Max 1 Quick Strike Fourth of July as it featured the old version of the American flag," a spokeswoman reportedly said.

The same day Goodyear approved a multi-million dollar manufacturing plant in the city. Nike is expected to produce its mid-sole cushioning portion of its athletic shoes that are seen on the well-known Nike Air shoes at the facility resulting in more than 500 jobs with an average salary of more than $48,000 a year.

In his tweets, Ducey said he was disappointed in Nike's "terrible" decision, and he was embarrassed for the company.

He also said that the country's system of free enterprise allows Nike to prosper and flourish, but Nike has bowed to the "current onslaught of political correctness and historical revisionism."

Ducey stated he has ordered the Arizona Commerce Authority to withdrawal all financial incentive dollars under their discretion that the state was providing for the company to locate here.

FOX 10 has reached out to the City of Goodyear for comment.