FOX 29's Steve Keeley is joined by Whitemarsh Fire Marshal Nick Weaver with the latest on a 2 alarm inferno that tore through Karamoor Estate Winery.

SkyFOX was over the Karamoor Estate Winery on the 6100 block of Butler Pike. Large flames were seen shooting from the building as firefighters used ladder trucks to douse the blaze. 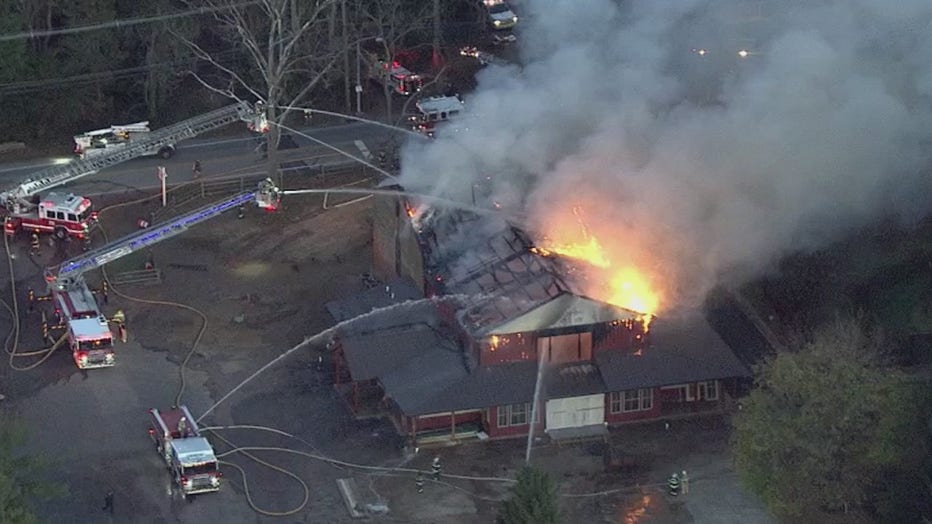 According to Weaver, the building was being renovated to house a new wine bar and event area, so there was no sprinkler system in place.

Karamoor Estate Winery is owned by publishing tycoon Nick Karabots and his wife Althena. They have owned the property since the early 1970s, according to the winery's website.