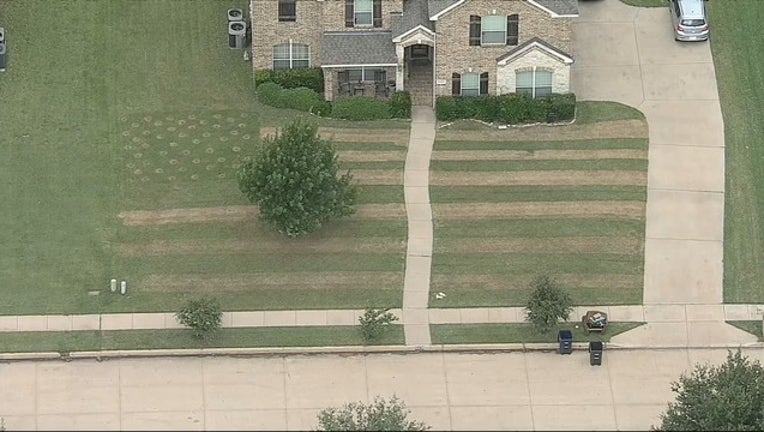 TEXAS - There’s a deeper meaning behind the United States flag pattern that was mowed into a lawn in North Texas.

Footage from SKY4 shows the large, patriotic display mowed into the front lawn of a home in the Sendera Ranch subdivision.

Cameron James, 17, created the display in honor of a friend who committed suicide while on active duty for the Army.

Pfc. Kevin Christian, 21, was found dead on June 23 while deployed to the U.S.-Mexico border in Arizona. It was later confirmed that Christian had killed himself. Christian was also from Haslet and a member of the Army’s 10th Mountain Division.

“Pfc. Christian was a constant positive force on our team, always ready and willing to shoulder more than his share of the load. He will be sorely missed by the Warriors, but his contribution to our mission and the sacrifices he has made to our country will never be forgotten," Lt. Col. Dallas Cheatham, commander of the 2nd Battalion, 4th Infantry Regiment said in a statement.

CLICK HERE for the warning signs and risk factors of suicide. Call 1-800-273-TALK for free and confidential emotional support.