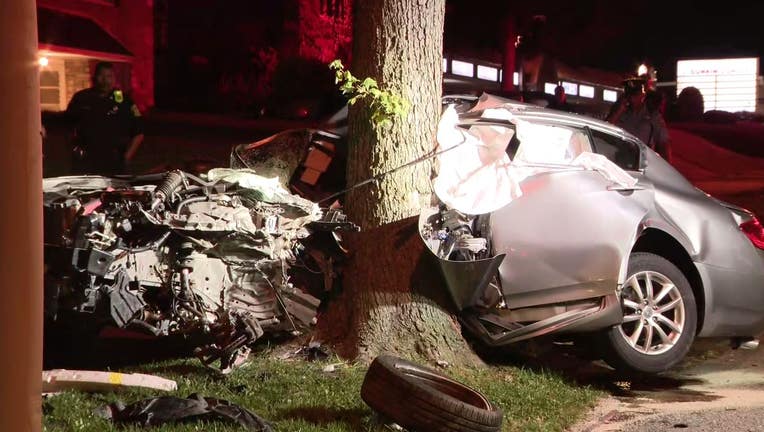 A driver died after crashing into a tree in Northeast Philadelphia overnight.

NORTHEAST PHILADELPHIA - An off-duty Philadelphia police officer died this weekend after crashing into a tree in Northeast Philadelphia, according to police.

The incident occurred just after 3:30 a.m. Saturday on the 2900 block of Holme Avenue.

Police said 38-year-old Officer Alexis Montanez sustained internal injuries as a result of the crash, which left him trapped inside the vehicle. He was pronounced dead at the scene. 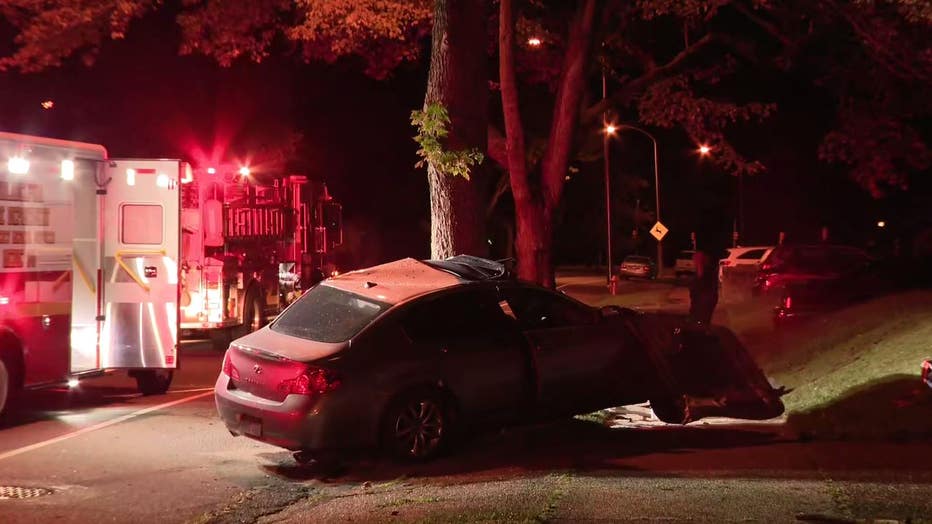 The victim, who police have yet to identify, was pronounced dead at the scene.

Montanez was a veteran of the department with 17 years of service.