The sightings began last Friday morning when a black bear was spotted wandering across a driveway in Radnor Township.  Over the weekend, Marple Township police posted a video to their Facebook page of the bear strolling up to the front door of a home. 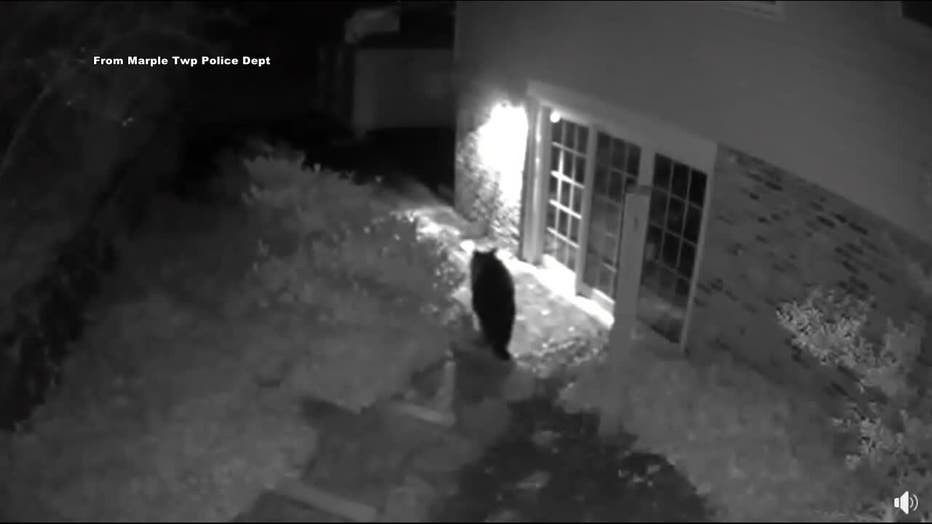 Since then, several other sightings across Delaware County have convinced authorities this is not just a single bear.

Early Monday morning, a woman driving on Red Hill Road near Convent in Aston called 911 to report she’d seen the bear up close and personal.

“The bear was running next to her vehicle and went through a fence into the convent property,” Aston Police Patrolman Robert Jones said.