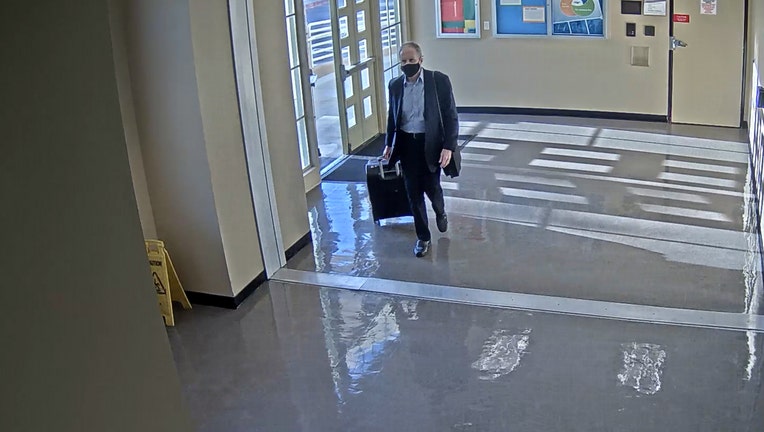 LOS ANGELES - Authorities believe a men’s rights lawyer shot and killed a fellow attorney in California in the days before he attacked a federal judge’s family in New Jersey and died by suicide, officials announced Friday.

Roy Den Hollander, 72, was found dead of a self-inflicted gunshot wound on July 20, the day after the ambush shooting that killed U.S. District Judge Esther Salas’ 20-year-old son and wounded her husband. Salas was in another part of the house and unharmed.

Investigators said Wednesday that they had evidence linking the New Jersey shooting to the July 11 death of lawyer Marc Angelucci in San Bernardino County, California. Den Hollander and Angelucci, 52, were involved in separate federal lawsuits seeking to force the U.S. government to require all young women to join men in registering for a possible military draft.

Den Hollander’s lawsuit, filed in 2015 on behalf of a woman in New Jersey, was assigned to Salas. He withdrew as the lawyer in the case a year ago after being diagnosed with cancer.

When he died, Den Hollander had items related to both Salas and New York State Chief Judge Janet M. DiFiore. He also had a typed document that contained information about on a dozen or so other women, some of them judges, two sources with first-hand knowledge of the material told The Associated Press. Three judges known to be on the list declined to comment or did not return messages from the AP seeking comment.

In California, Den Hollander arrived at a train station in San Bernardino on July 7 and rented a car, the county sheriff’s office said Friday in a news release. Authorities released a photo of a man, who is wearing a mask, at the train station carrying items away from a food stand.

Officials said Den Hollander drove the rental car to Angelucci’s home, where he shot and killed him. Den Hollander drove away and boarded a train out of California from Union Station in Los Angeles. A photo at the station shows a man, again masked, wheeling a suitcase.

It was not immediately clear if Den Hollander took a train across the country, and if the same gun was used in the shootings and the suicide.

In both the California and New Jersey attacks, the suspect appeared to pose as a delivery driver, a law enforcement official previously told the AP. The official could not discuss an ongoing investigation publicly and spoke to the AP on condition of anonymity.