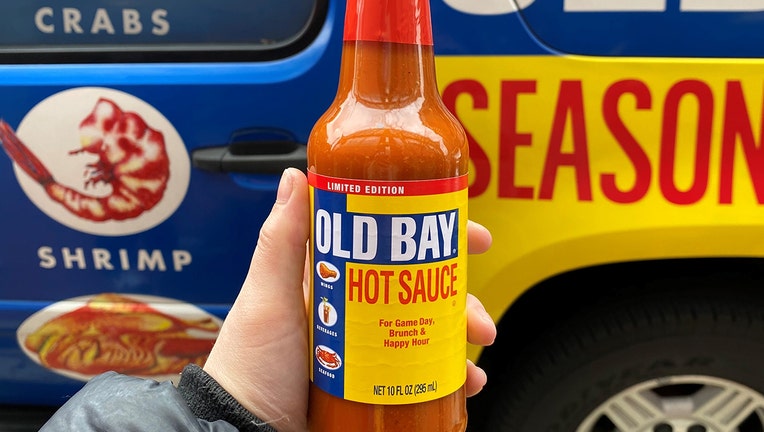 BALTIMORE, Md. - The popular mid-Atlantic seasoning Old Bay is now available in a hot sauce version – and lots of people want it.

In fact, the McCormick & Company’s website has reported issues of loading because of the overwhelming response from Old Bay-lovers who want to order it for themselves.

The Maryland-based spice purveyor says the hot sauce will begin arriving in stores in about a month. It will sold in Acme, Giant, Food Lion, Safeway and Wegmans, among other grocery stores, according to a press release.

Old Bay officials said a 10 oz. bottle has a suggested retail price of $3.49.

If you can’t wait, you can purchase the Old Bay hot sauce on oldbay.com -- if the site loads.