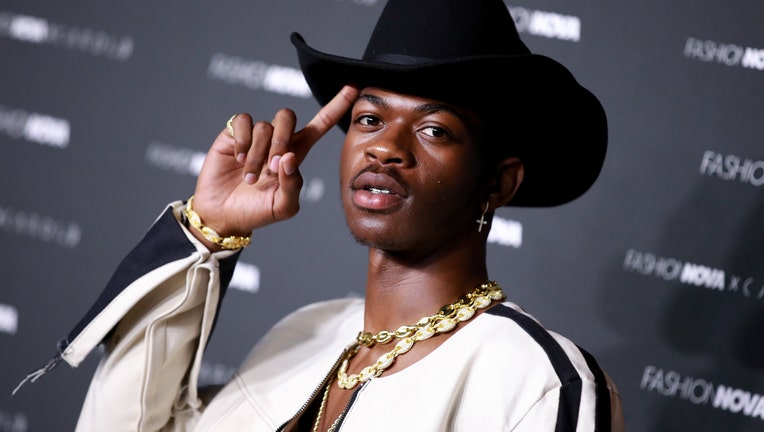 PHILADELPHIA - Lil Nas X, known for his breakout hit "Old Town Road", has come out on the final day of Pride.

Although Lil Nas X doesn't specify his sexuality, tweets made by the star on Sunday make it clear that he is a proud member of the LGBTQ community.

The first tweet indicating that he was coming out read, "some of y’all already know, some of y’all don’t care, some of y’all not gone fwm no more. but before this month ends i want y’all to listen closely to c7osure." That same tweet featured a rainbow emoji, a starry-eyed emoji, and a sparkles emoji.

One song, "c7osure," includes powerful lyrics that Lil Nas X referenced in the initial tweet. He told fans to "listen closely" to the lyrics in the aforementioned song.

“Pack my past up in the back, oh, let my future take ahold / This is what I gotta do, can’t be regrettin’ when I’m old” and “Brand new places I’ll choose and I’ll go, I know / Embracin’ this news I behold unfolding / I know, I know, I know it don’t feel like it’s time / But I look back at this moment, I’ll see that I’m fine.”

In a later tweet, Lil Nas X added that he thought he "made it obvious."

Lil Nas X is already receiving support with several tweets lauding him his choice to come out publicly.

James Charles tweeted that he was really happy for the rapper.