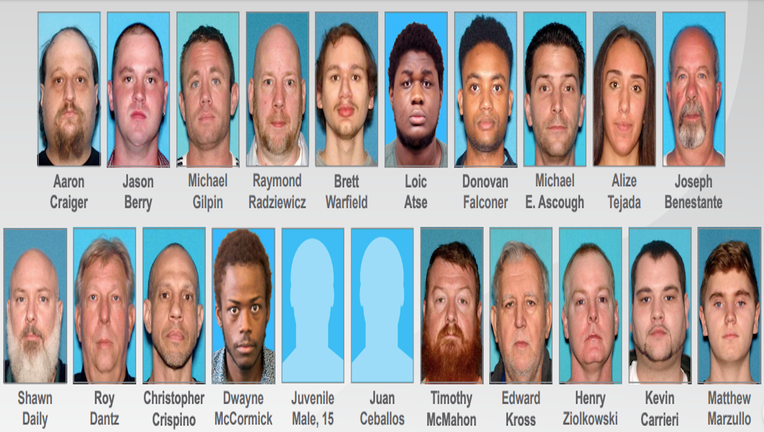 New Jersey Attorney General Gurbir S. Grewal on Wednesday announced that between March and July nineteen men, one woman, and a juvenile were charged in 'Operation Screen Capture.' The operation was launched in response to a spike in reports of online predators.

“Reports to our Internet Crimes Against Children Task Force of potential predatory conduct against children are up as much as 50 percent during the COVID emergency as homebound children, starved for outside contact, spend more time on their devices, and opportunistic sexual predators target them online,” Grewal said.

The suspects range in age from 15 to 71 and are from nine counties in New Jersey. One man charged in the sting is from Oklahoma and was arrested in Atlantic City after unknowingly speaking with undercover agents online and arranging for sex with a minor.