Organizers prepare for Philly-area Juneteenth events, including the founder of 'I Will Breathe' organization

PHILADELPHIA - A preview of Juneteenth was held Friday at Malcom X Park in West Philly. Dozens of people joined in on a march that ended with activities and community resources at the park.

It's one of many events all over Philadelphia and surrounding areas that will mostly happen tomorrow to commemorate that day in history.

"I think people are starting to realize the importance and depth of today, that it’s more than the black Fourth of July," said Christopher Bowman. He’s the president and CEO of "I Will Breathe". He’s holding his second Juneteenth event at Martin Luther King High School tomorrow from 1 to 5 p.m. 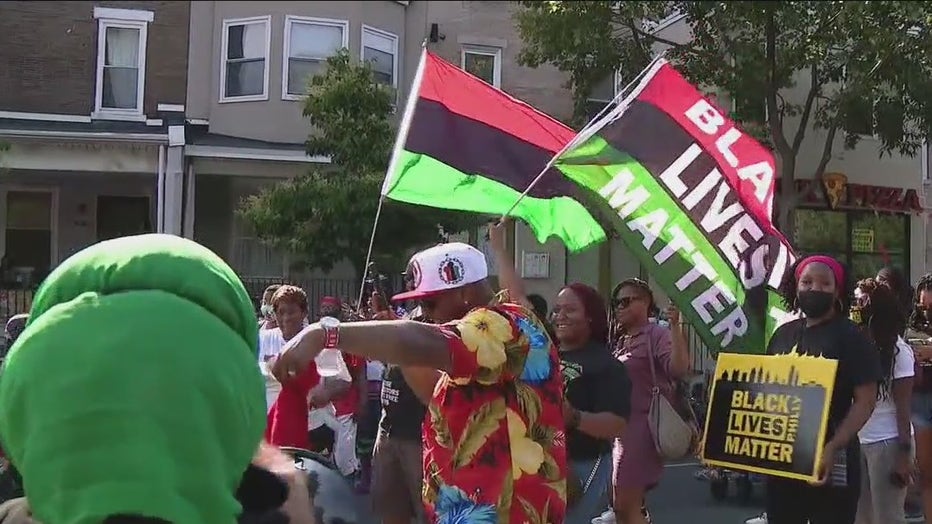 "It’s going to be a big black business marketplace out here. There’s going to be a lot of financial, health and wellness facilities here. Also African garments and afro-centrism," he said. Bowman shared video of his event last year where dozens joined his march from Broad and Cecil B. Moore to City Hall and then the Art Museum. Juneteenth marks the day in 1865 that union soldiers arrived in Galveston Texas to tell slaves there that they were free. That was two years after the Emancipation Proclamation was issued ending slavery.

"One thing that is not being emphasized is the need to educate on why the day is celebrated," said Bowman who also says the events of 2020 and the murder of George Floyd brought more attention to black history like Juneteenth.