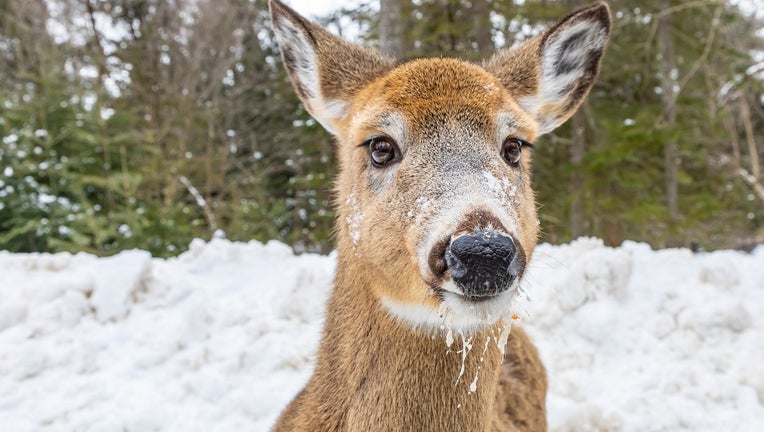 (FOX NEWS) -- A game warden in Pennsylvania says the Game Commission’s investigation into footage showing the “reprehensible” abuse of an injured deer is nearly complete.

State Game Warden Chip Brunst confirmed earlier this week that evidence against the teenagers seen in the video, ages 18 and 16, will be presented to the district attorney in 2020, WJAC reports.

The Pennsylvania Game Commission first became aware of the footage in late November, after a clip allegedly showing the two teenagers was shared online. In the footage, one of the young men was seen kicking an injured deer in the face, while the other stood on one of its hind legs, presumably to keep it from attempting to kick or flee.

The two teenagers, who laughed while abusing the deer, then attempted to grab the deer’s horns before the footage cuts out. (Warning: This link contains footage of a disturbing nature.)

Following the release of the video, which was shared to Facebook by a concerned user who came across the footage elsewhere, hunters across the state contacted the Game Commission to “loud[ly]” and “passionate[ly]” condemn the teens’ actions.

“As Pennsylvania’s state wildlife agency, we have said from the beginning that the actions shown in the video are reprehensible. The actions that the video appears to show do not represent ethical hunting practices or individuals who we would be proud to consider Pennsylvania hunters,” the Pennsylvania Game Commission wrote in a statement issued about a week after the video surfaced online.

A Change.org petition also began collecting signatures to push for “criminal charges for [the] violent monsters” responsible for the abuse — a petition which has garnered nearly 700,000 signatures to date.

In early December, Brookville Police Chief Vince Markle told a local official that his 18-year-old stepson was one of the teenagers seen in the video.

“He was devastated and extremely angry,” Brookville Solicitor Jim Dennison said of the police chief, in a statement to KDKA.

The incident itself did not occur in Brookville, police told WJAC. No charges have currently been filed against either teenager.