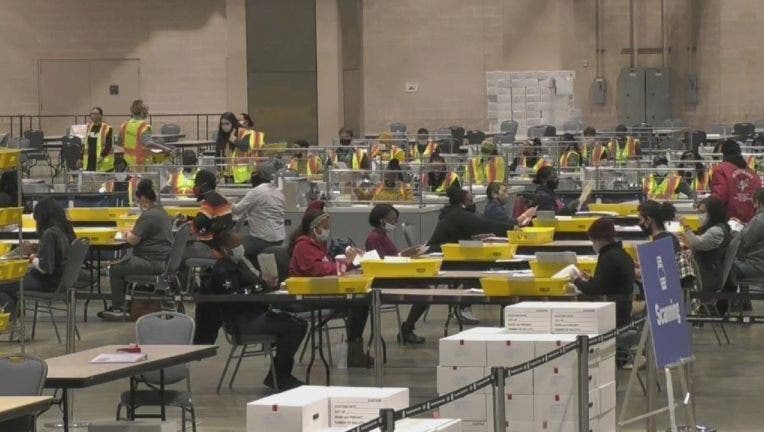 PHILADELPHIA - The Pennsylvania Supreme Court ruled Tuesday that the Philadelphia Board of Elections acted within its authority in regulating the positioning of election observers, striking another blow to the Trump campaign's post-election legal challenges.

The campaign had complained that the city's original distancing prevented them from meaningfully monitoring the counting process.

The Pennsylvania Supreme Court's majority opinion, written by Justice Debra Todd, however, ruled that the election code grants counties discretion on the issue.

"[W]e conclude the Board did not act contrary to law in fashioning its regulations governing the positioning of candidate representatives during the pre-canvassing and canvassing process, as the Election Code does not specify minimum distance parameters for the location of such representatives," the 5-2 decision read.

"Critically, we find the Board’s regulations as applied herein were reasonable in that they allowed candidate representatives to observe the Board conducting its activities as prescribed under the Election Code."

The Trump campaign did not immediately respond to Fox News' request for comment.

Get the latest updates at FOXNews.com.