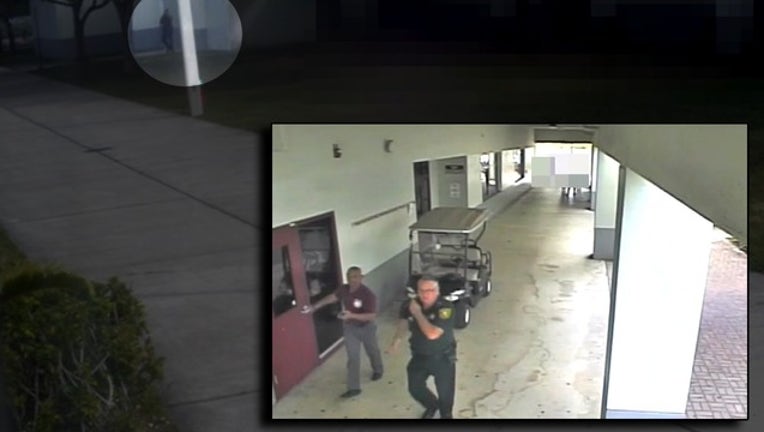 FORT LAUDERDALE, Fla. - The Florida Department of Law Enforcement (FDLE) announced Tuesday the arrest of the school resource officer who was on duty at Marjory Stoneman Douglas High School the day a gunman killed 17 people.

FDLE said former Broward Sheriff’s Deputy Scot Peterson, 56, was arrested and charged with seven counts of neglect of a child, three counts of culpable negligence, and one count of perjury. According to the Associated Press, State Attorney Mike Satz said the charges carry a combined prison sentence of nearly 100 years. Peterson's bail was set at $102,000.

“There can be no excuse for his complete inaction and no question that his inaction cost lives,” Swearingen said.

FDLE said Peterson refused to investigate the source of gunshots, retreated during the active shooting while victims were being shot, and directed other law enforcement who arrived on scene to remain 500 feet away from the building.

Peterson resigned and retired soon after the shooting. The Broward County Sheriff's Office said Peterson has now been fired.

FDLE said investigators interviewed 184 witnesses and reviewed hours of video surveillance to determine the actions of law enforcement as they responded to the February 14, 2018 school shooting.

Peterson was arrested at the Broward Sheriff’s Office headquarters and booked into the Broward County Main Jail. Once released, Peterson will be required to wear a GPS monitor and surrender his passport, and will be prohibited from possessing a firearm, the prosecutor said.

Peterson lawyer Joseph DiRuzzo III didn't immediately respond to a request for comment. In the past, he has defended Peterson's conduct as justified under the circumstances.

FOX 13 News reported on this story from Tampa, Florida.