FOX 29's Chris O'Connell has more on the peacock problem.

DENNIS TWP. , N.J. - Peacocks are roaming around one Cape May County town while their owner is trying to round them up to bring them to their new home.

The family or pride of peacocks have recently been spotted roaming Route 47. Some residents thought they escaped nearby Cape May County Zoo, but that wasn't the case.

Turns out, the peacocks escaped days after their owner moved away before their owner could re-locate the birds. The peacocks have been on the prowl ever since. 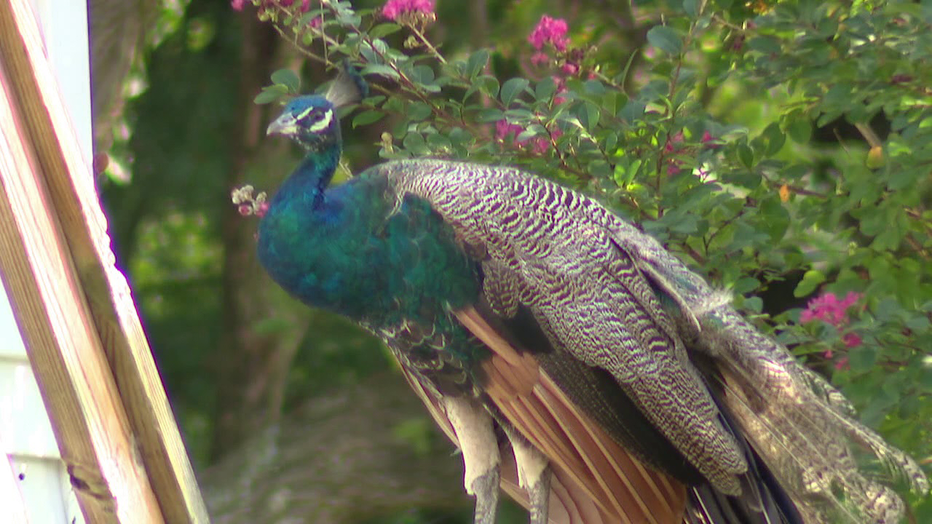 Some residents complained to the township saying the birds are too noisy and messy.

"They are crazy, man. They are all over the place. They don’t stop at nighttime. I can’t sleep, they got my dog barking all over the shop,” resident Josh Mitchell said.

Mario Dobosz owns the peacocks. He has 20 of them and half are missing. They wandered away and the problem is people keep feeding them.

Dobosz say he can’t even get near the birds now because they’ve become too spooked. Drivers are stopping to take selfies or snatch peacock feathers and one man tried to steal a bird.

The owner just wants them all back so he can bring them to their new home, which is just a few miles away.

“They can look at them but please do not feed them, so I can catch them and actually relocate them, so everyone else can enjoy them," Dobosz said.