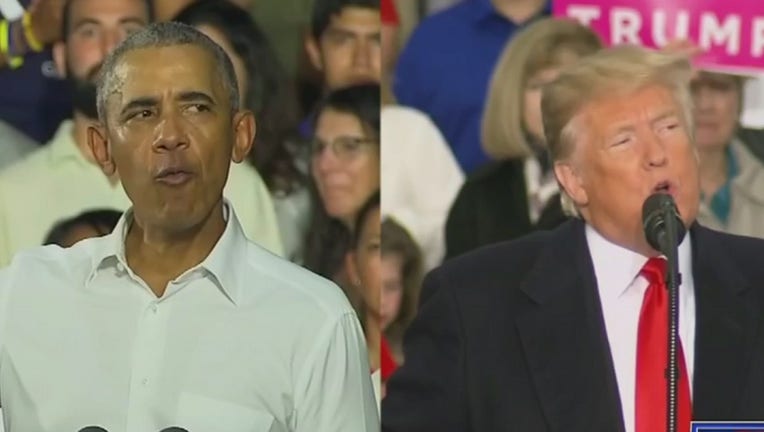 NEW YORK - A petition to rename the New York City street outside Trump Tower after former President Barack Obama has gained about 75,000 online signatures in an effort to troll President Trump.

Elizabeth Rowin reportedly started the campaign as a joke but quickly picked up steam.  It would involve renaming Fifth Avenue between 56th and 57th Streets "President Barack H. Obama Avenue."

The petition, which is available on Moveon.org, would change Trump Tower's current address from 725 5th Ave to 725 Barack H. Obama Avenue.

Rowin even claims several members of the New York City Council contacted her about the measureafter she wrote to them, and promised to continue pushing for the change.

"The City of Los Angeles recently honored former President Barack Obama by renaming a stretch of the 134 Freeway near Downtown L.A. in his honor," the petition reads.

It goes on to say:  "We request the New York City Mayor and City Council do the same by renaming a block of Fifth Avenue after the former president whose many accomplishments include: saving our nation from the Great Recession; serving two completely scandal-free terms in office; and taking out Osama bin Laden, the mastermind behind September 11th, which killed over 3,000 New Yorkers," the petition continues.

New York City has many streets and avenues with multiple names to honor people.